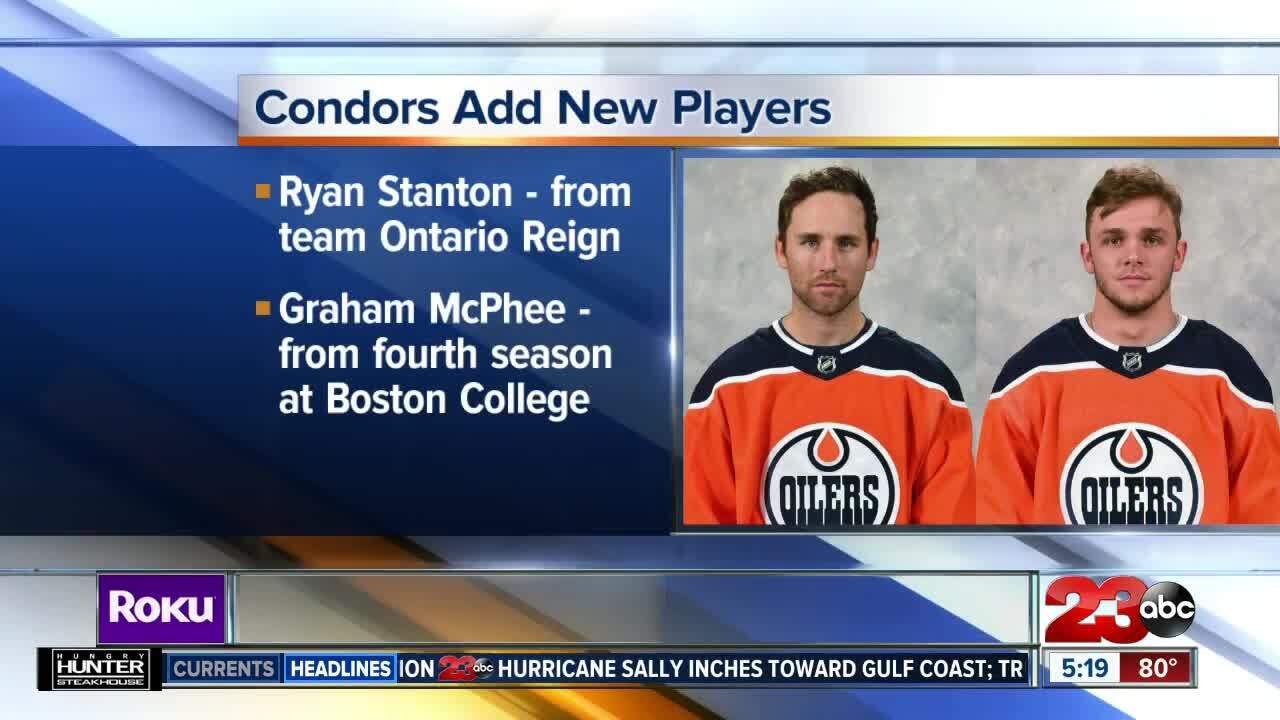 Bakersfield got one new face and a familiar face back in Condors Town. The Condors have signed defenseman Ryan Stanton and forward Graham McPhee to one-year contracts for the 2020 to 21 season.

Stanton will be returning to the Condors after playing last season with the AHL's Ontario Reign. He played with the Condors from 2015 to 2017.

McPhee just wrapped up his fourth season at Boston College.

The AHL has moved the start of the regular season to December 4th. Ticket plans are on sale now.