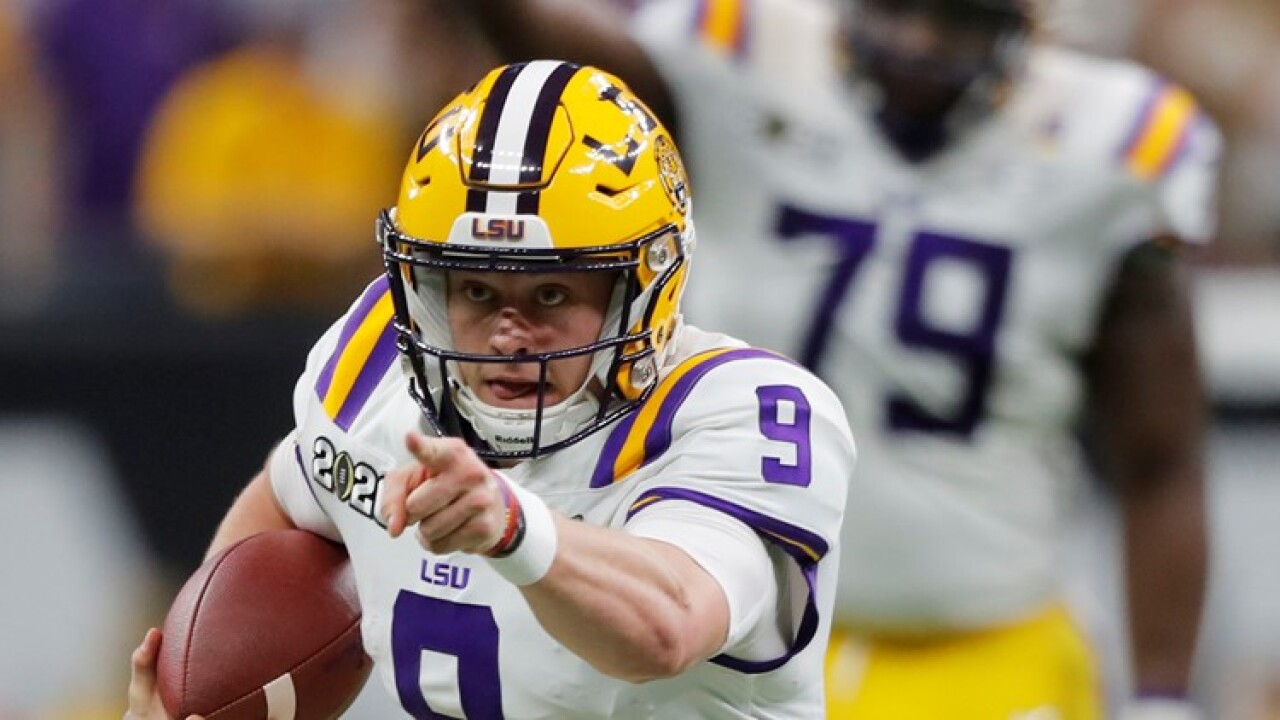 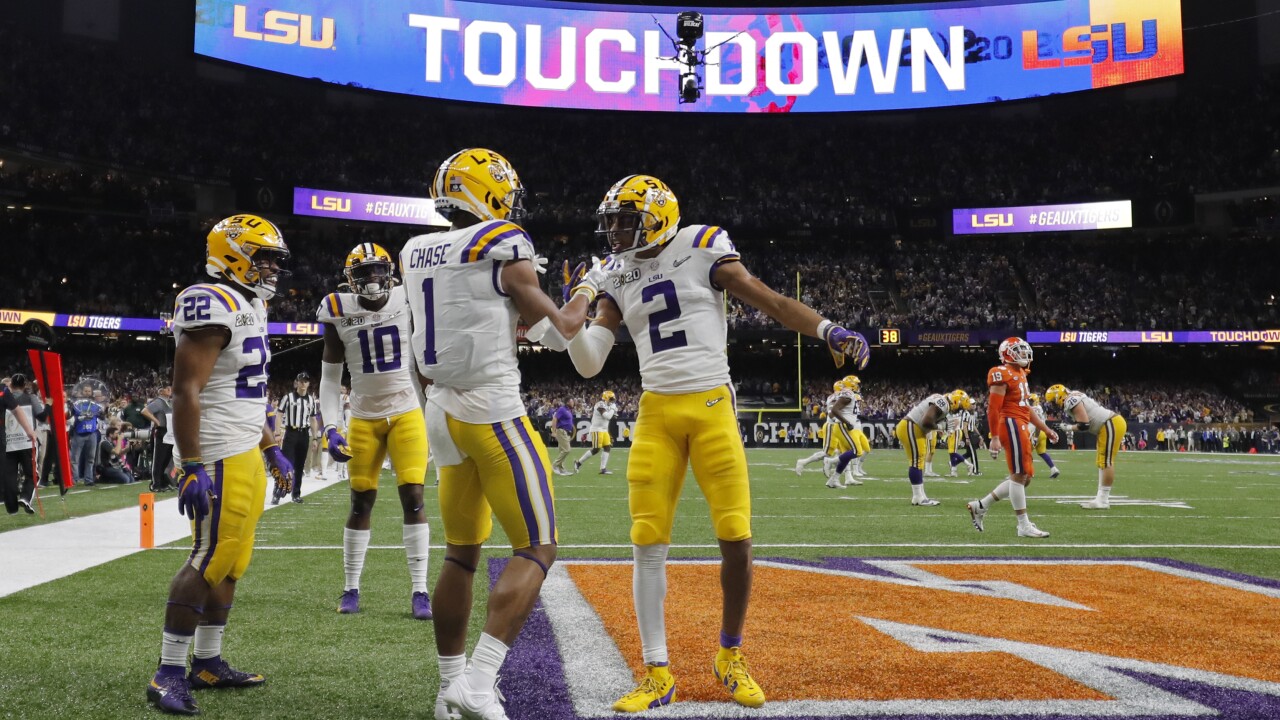 Monday’s win comes after LSU (15-0) won both the SEC title and Peach Bowl. LSU’s win in the Peach Bowl, which acted as a national semifinal, was by a dominating 63-28 scoreline over No. 4-ranked Oklahoma, the champs of the Big 12.

LSU prevented Clemson (14-1) from becoming the first team since the 2011 and 2012 Alabama Crimson Tide to win back to back national titles.

Burrow was off to a hot start in the first half, completing 16 of 28 passes for 270 yards and threw for three touchdowns.

After Clemson took a 17-7 lead, Burrow’s offense responded with three touchdowns to grab a 28-17 lead before halftime.

A crucial moment took place in the third quarter when James Skalski was given a targeting penalty, and ejected from the game with LSU up just 28-25. Moments later, Burrow threw for a touchdown to give LSU a 35-25 advantage. The touchdown gave Burrow his 59th passing touchdown of the season, marking a new college football record.

He threw a 60th touchdown of the season in the fourth quarter, adding to his record.