Condors get roasted by Roadrunners on Thanksgiving eve 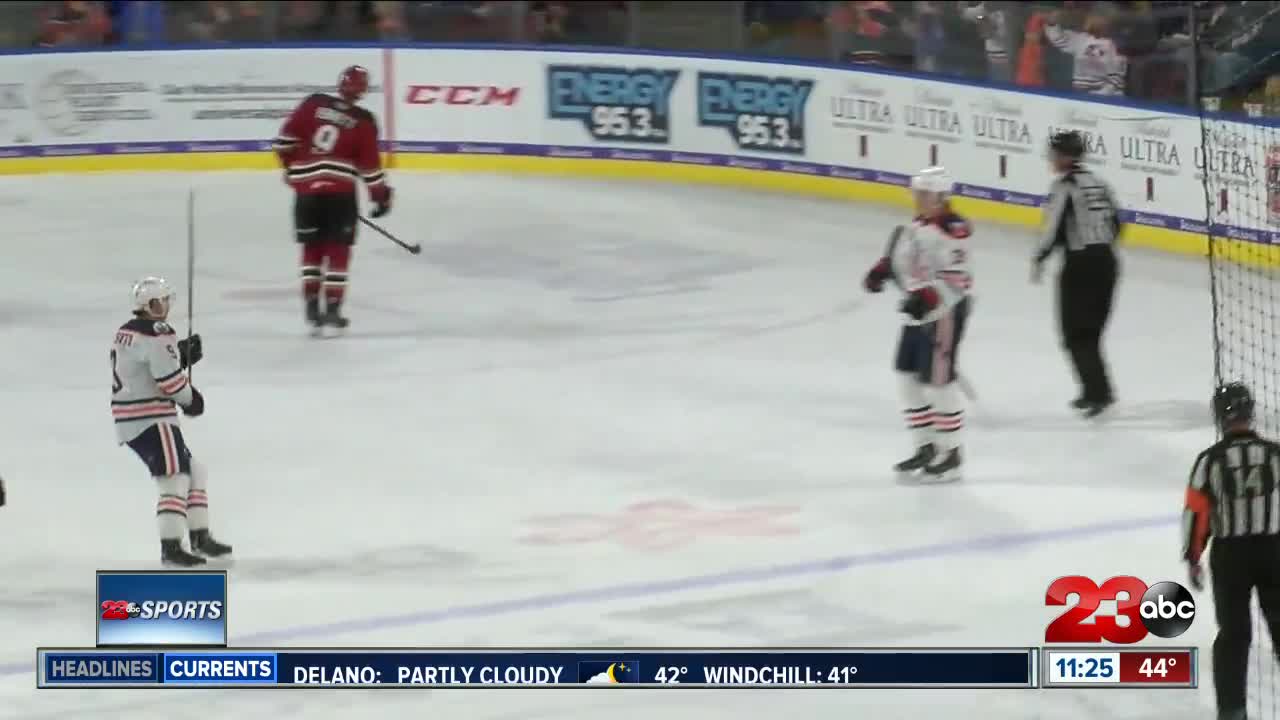 BAKERSFIELD, Calif. — Maybe their stomachs were too full or the yams they ate in the pre-game meal were rotten, but when the Bakersfield Condors took the ice against the Tucson Roadrunners, it was almost over before it started.

The Pacific division first place Roadrunners had a 4-0 lead just 16 minutes into the first period against Bakersfield. Three goals by Joel Persson, Josh Currie and Joe Gambardella made a bit tighter, but Tucson had no problems scoring four after that to win 8-3.

Burning your turkey on Thanksgiving stinks. Losing 8-3 isn't sweet potatoes either. That's what went down between the #Condors and @RoadrunnersAHL tonight. #Oilers pic.twitter.com/JgKnR0A9g1

The Condors are in the midst of their longest span of games on the season and have posted a 2-5-1 record at home. Head coach Jay woodcroft didn't recognize this team on the ice tonight.

We pulled goaltenders, we called timeouts, but at the end of the day. we just individually weren't ready to play the game that we needed to play," he said. "That was an un-Condor like type of game and realistically through our first 19 games of the season that was the first egg I thought we've laid."

This is my all-time favorite intermission entertainment. @Condors are sling-shotting a turkey. pic.twitter.com/6aOQ8GmQ1I

The Condors will need to be ready for Saturday night, the annual Teddy-bear toss game. Last year, it drew more than 8,000 fans. They'll practice on Thanksgiving day, play in San Jose Friday night and return home for Saturday's contest against the Stockton Heat at 6:00 p.m.