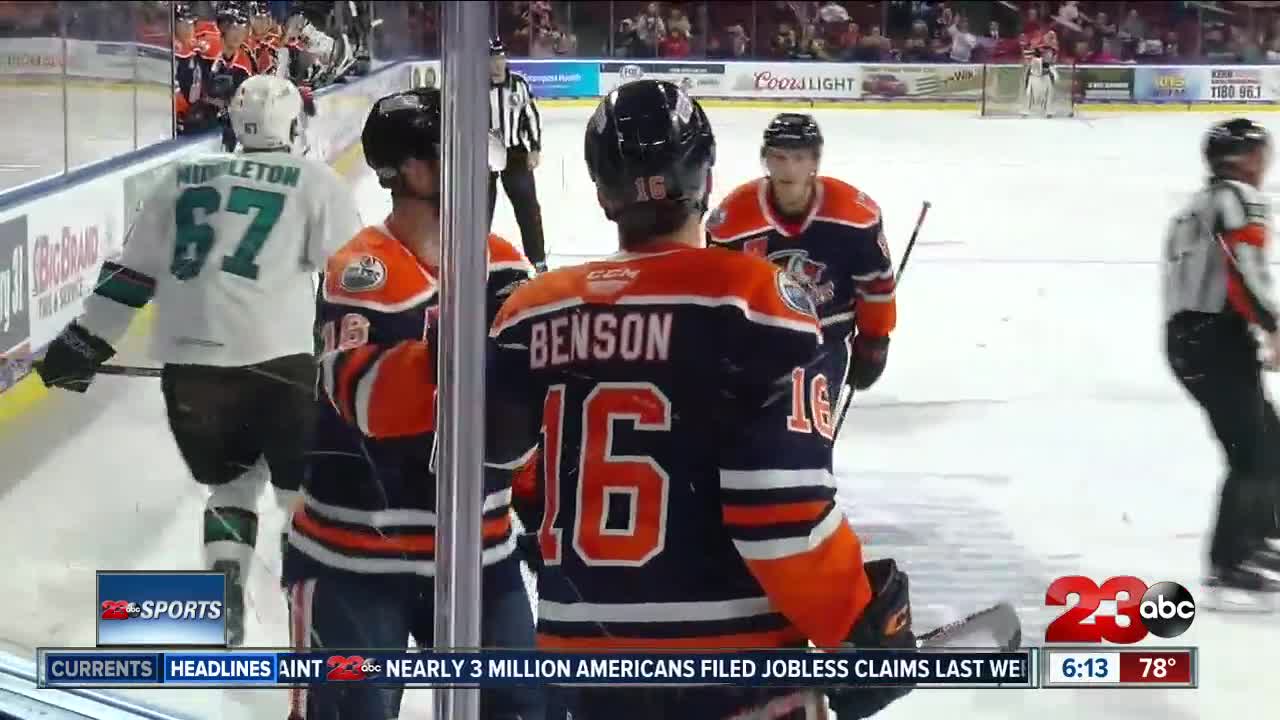 BAKERSFIELD, Calif. — The AHL season was canceled on Monday and with that ended the 2019-20 season for the Bakersfield Condors, but NHL Commissioner Gary Bettman offered hope this week that the NHL season could return with his comments during a virtual town hall.

"I believe that if the right time comes, and the right circumstances, based on all of the options that we’re considering and our ability to execute them, we’ll get this season done. I don’t want to sound Pollyanna, but canceling is too easy a solution. That means you stop working hard to do all of the things that we’re doing, and I ultimately believe that there will be an opportunity," Bettman said.

Condors personnel would have to agree.

"Personally I think that in some way shape or form NHL comes back," Ryan Holt, Condors Director of Media and Broadcasting said.

"I don't know too much about it I just know that the NHL is doing, doing the best they can and trying to find the best possible way and the safest way. So for us to be able to play again," Condors forward said.

The left winger would be itching to return to his team after making his NHL debut in February. One of 13 players who played both in Bakersfield and for Edmonton this season.

As he and his teammate, goaltender Stuart Skinner, talked about this past season with Edmonton media in a virtual interview.

"Getting a feel for what the game is like it helps me going into, I guess, in whatever you call this now, I guess the offseason," Benson said.

Skinner also talked about making the most of his opportunity by taking over as starting goalie this past season for the Condors.

With uncertainty of the big club coming back but also with possibility, the players are all focused on staying in shape even if they can't get on the ice.

"A lot of our guys are still and it's really weird to say but it's like a four month training camp almost getting ready for whatever July or August kind of looks like and if they get called up to Edmonton, be ready to roll," Holt said.

Beside home fitness there is always another way to play.

"We should see street hockey, floor hockey. Whatever it takes, I guess at this point," Holt said.