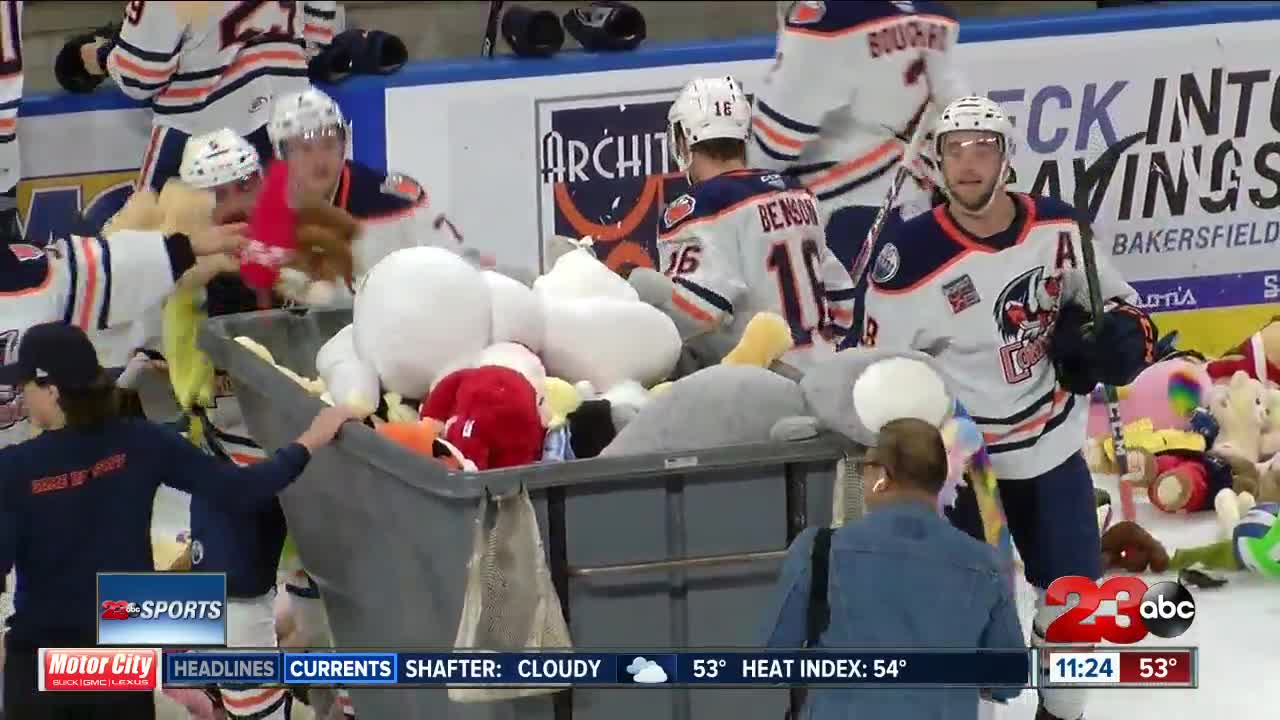 BAKERSFIELD, Calif. — Josh Currie has done just about everything you can as a Bakersfield Condor. He holds numerous team records, has played in almsot more games than anyone else, but he still had one accomplishment to mark off his list.

Score the first goal on the Teddy Bear Toss night. In its 21st year of existence, Currie finally did it. He scored in the first period to unlaod madness, stuffed animals being chucked from every direction imaginable.

The bears will be counted on Monday morning and then donated to United Way of Kern County to be disperesed to multiple charities.

The Condors ended up winning the game 3 to 1 with scores from Currie, Tomas Jurco and Kailer Yamamato. Shane Starrett returned from injury, playing in his first game since Oct. 13 and made 29 saves on 30 attempts.