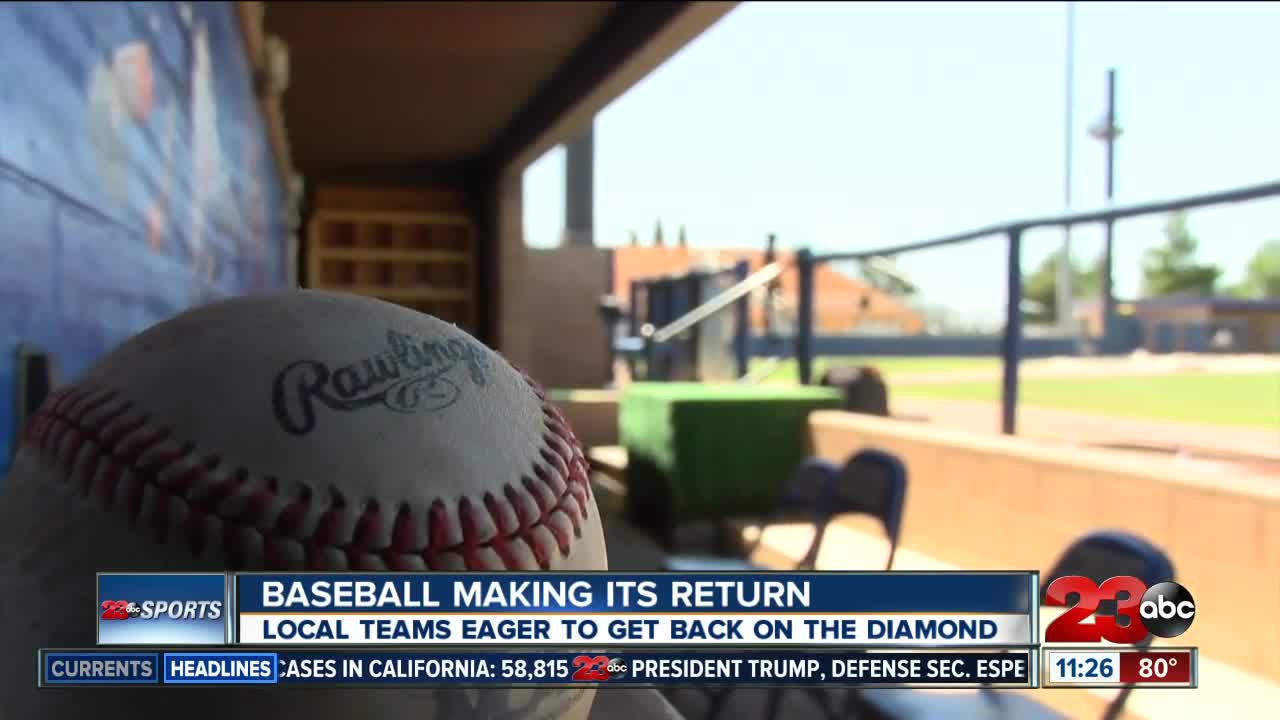 BAKERSFIELD, Calif. — Baseball stadiums still remain empty across the world even though the game has returned to some across international waters like the Korean Baseball League. Here in the states, Major League Baseball is taking steps to find a way to begin this season even if condensed.

All of this brings hope to local ballplayers that baseball could return to Bakersfield sometime soon as well.

"It's exciting to see that we're at a point where it might be starting to turn a little bit for us," CSUB Baseball Coach Jeremy Beard said.

The Cal State Bakersfield baseball team saw their season come to premature end like many spring sports teams in March.

"It sucks not being able to play baseball but that’s why you keep working hard to make sure you can play this fun game for as long as you can," CSUB sophomore pitcher Roman Angelo said.

While the season may have ended early, the work hasn't

"W really need to keep the mind right and the bodies right and keep them motivated and excited to come out and and have the opportunity hopefully soon to do what they set out to do this season," Beard said.

Agreeing with his college coach, Angelo has even gotten creative while staying sharp in the off-season.

"There's always something, so much stuff on the internet you can do to, you know, keep in shape, so there's no excuse for that," Angelo said.

Even finding supplies at local stores to create his own pitching set-up at home.

"It's not the same as playing catch of someone or throwing in a live game but at least keeps my arm you know active," Angelo said.

For this program, a main goal has always been development especially as the team gears up to switch conferences, from the Western Athletic Conference to the Big West, despite no in-season or off-season training in the foreseeable future that goal still doesn't change.

"There's a lot of development they were hoping went on at this point but really, we're just going to need to understand the situation and get our guys to compete at a higher level when they're when they're done with this thing and hopefully we can develop enough to where when we charge into that. Big West, we make a great presence right away out of the gate," Beard said.

"We all cannot wait to get back out on baseball field and start competing," Angelo said.