Favre on Rodgers: "I think he will play somewhere else." 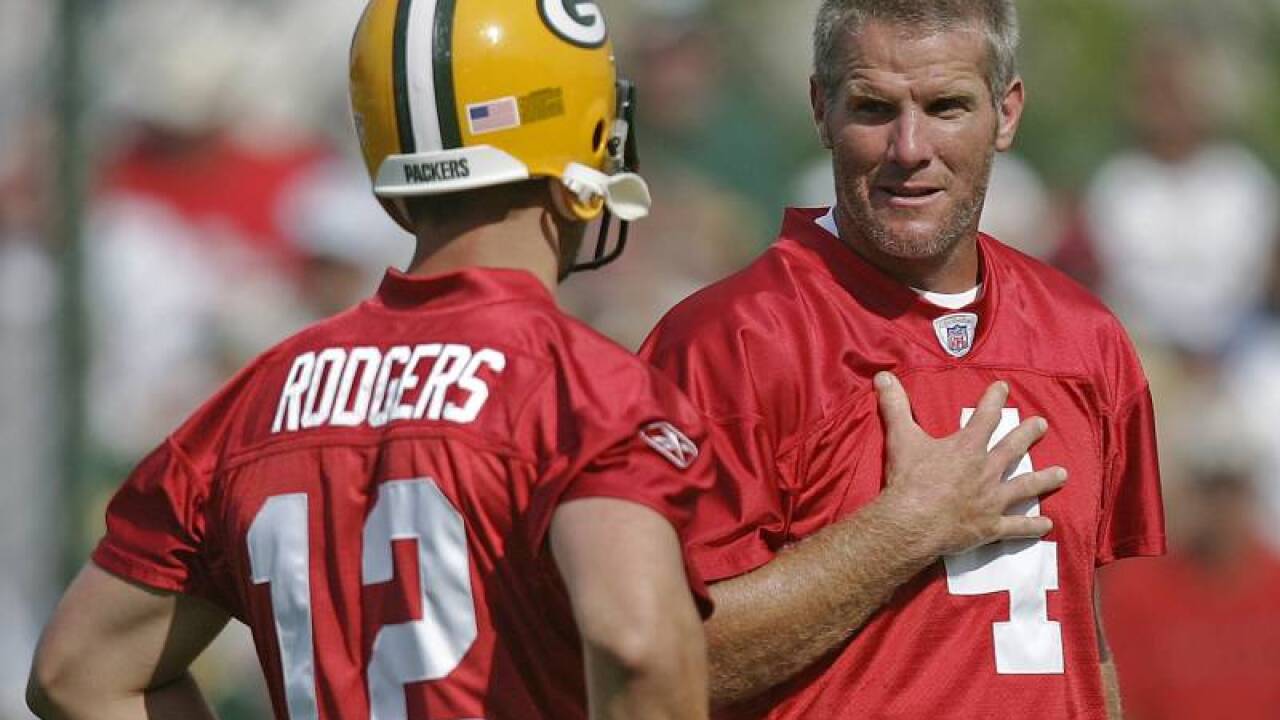 While appearing on The Rich Eisen Show on Wednesday, Favre predicted Rodgers' future.

"I think he will play somewhere else," Favre said as he cut off Eisen who was beginning to ask if Rodgers will be a Packer in the future.

"I guarantee you (the Love pick) got the gears going in Aaron's mind. All (Rodgers) needed was a reason (to play elsewhere)."

In the full clip, Favre mentioned that he, Tom Brady and Peyton Manning all finished their careers elsewhere.

"They don't draft any weapons that can help immediately, to my knowledge," Favre said. "That sends a disrespect message to Aaron Rodgers. He has every right to be disappointed, if he is."