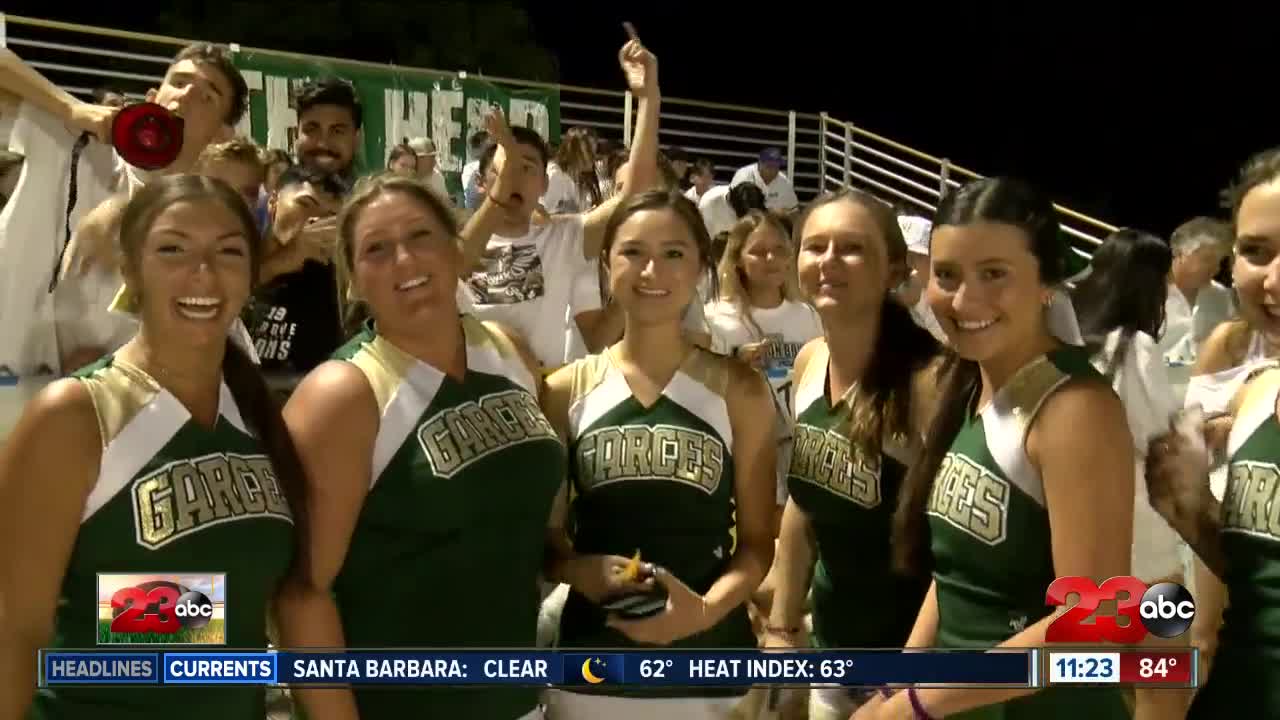 The Friday night lights were shining bright late into the night as many high school football games started late due to the heat. But that didn't stop teams from showing up around the county.

The Paul Golla era at Garces Memorial High School got underway at Bakersfield Christian High School. Multiple Rams got snaps at quarterback with Joe Campbell out with Valley Fever. The game was scoreless at the half, but BCHS went on to win 22-0.

Liberty High School faced off against the Paso Robles High School, with the Patriots shutting down the Bearcats 24-0!

Ridgeview High School also has a new leader of the Pack. Rich Cornford who took over for Dennis Manning, who now serves as one of the team's coordinators.

The Wolf Pack took on Stockdale High School. The Mustangs took an early lead, but the Wolf Pack rallied to win 44-21.

North High School traveled west to take on Centennial High School. The Golden Hawks were amped for the game as the honored late superfan David Marcus and easily rolled over the Stars 42-6.

Two other teams with new coaches faced off against each other with East High School facing off with Golden Valley High School. The game went back and forth in a nailbiter, but East was able to pull out a 10-9 win thanks to a field goal in the final seconds.

For a complete list of scores, check out the Friday Night Live Scoreboard!