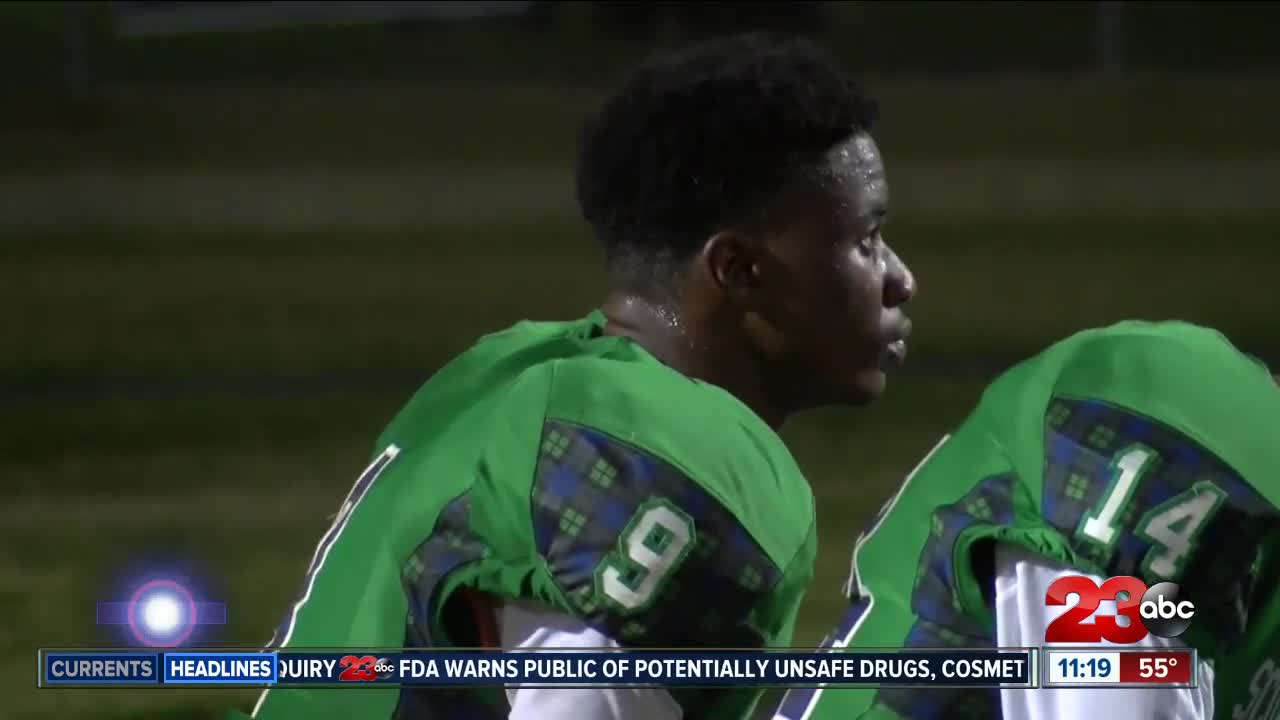 BAKERSFIELD, Calif. — There were just 14 teams remaining from Kern County coming into the CIF Central Section quarterfinals on Friday night. For some of these players, they were facing what could be their final football games of their careers.

In our FNL Game of the Week, the Liberty Patriots took care of Clovis West and will take on No. 2 Buchanan next week.

The Patriots taking on Buchanan, means that the Bakersfield Drillers were unable to grab a win in round 2, losing 43 to 7.

The Highland Scots saw their season end tonight. They were taken down by the Golden West Trailblazers 40 to 15.

The Bakersfield Christian Eagles came into tonight as a 2-seed and roughed up Lemoore by a final of 49 to 7.

The Garcs Memorial Rams saw their season come to a close by a final score of 33 to 20 to top seed Hanford in Divison 2.

For a list of all scores from Kern County Schools, make sure to check out our FNL: High School Football Scoreboard.