23FNL Game of the Week: Clovis West at Liberty 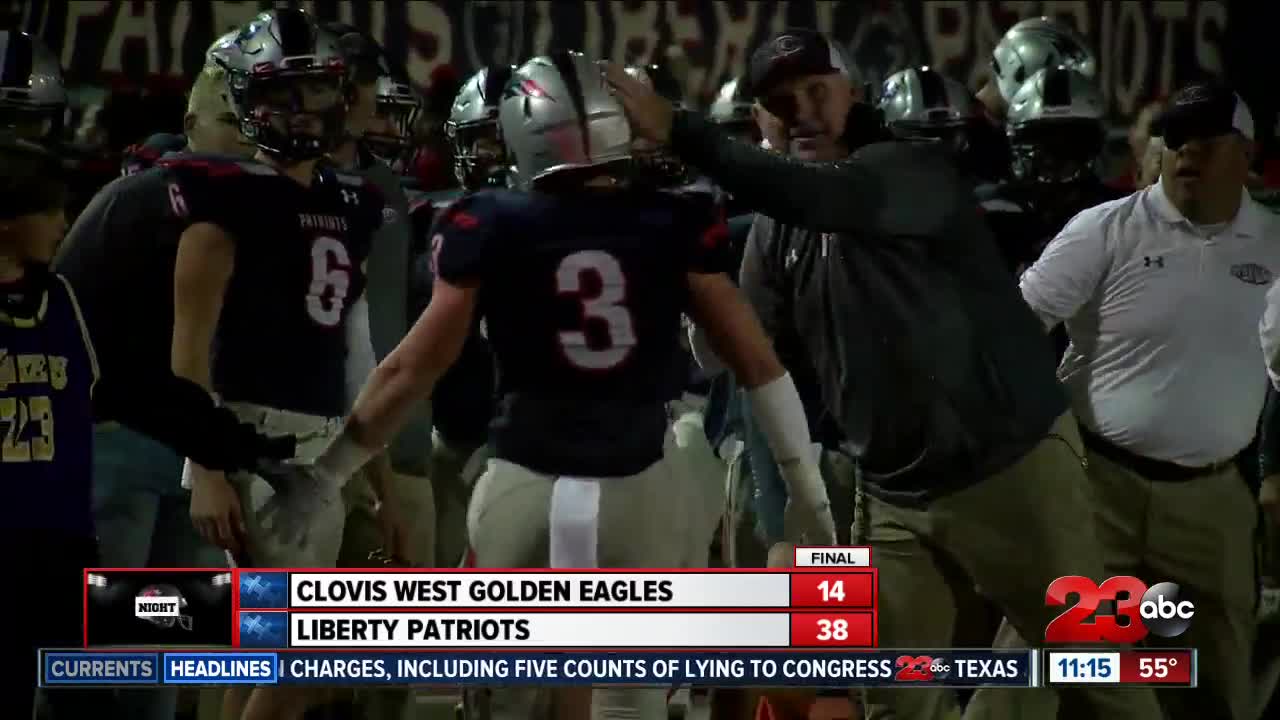 BAKERSFIELD, Calif. — In Week 13 of Friday Night Live, the Game of the Week featured the No. 3 Liberty Patriots and No. 11 Clovis West in the Central Section Quarterfinals.

The Patriots opened up their postseason, handling the adversity of losing starting quarterback Haden Mann, with confidence. Sophomore quarterback Carson Woods led the charge on offense while senior Dylan Tooker scored in all three phases of the game as Liberty won 38-14.

Now the Patriots advance to face No. 2 Buchanan in a valley playoff rivalry game up in Fresno in the semifinals.