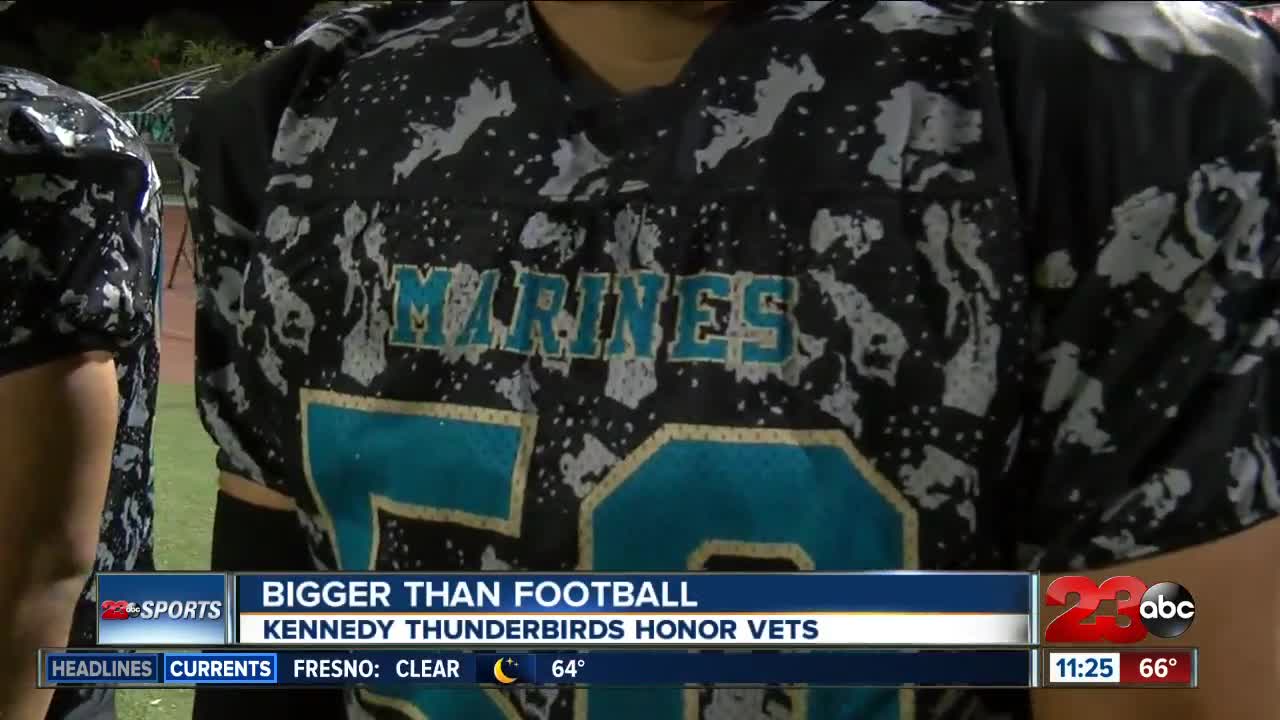 BAKERSFIELD, Calif. — While winning is always a top priority for the Kennedy Thunderbirds, honoring those who have made the ultimate sacrifice top precedence Friday Night.

In their annual Military Night, the school and team wore uniforms that were sponsored by veterans that donned their names and branch of service on the front and back. Motorcylists from multiple military organizations rode onto the field during the pregame and made noise to create awareness.

“Motorcycles draw attention," said Concepion Villanueva, an Army veteran. "The people here today among thousands of motorcyclists, we use that to bring attention to show appreciation that we still support what they are doing for us."

OSBALDO OROZCO WAS A SOLDIER WHO MADE THE ULTIMATE SACRIFICE….AFTER GRADUATING FROM DELANO HIGH SCHOOL IN 1995… HE PLAYED FOOTBALL AT CAL POLY, SAN LUIS OBISBO….OROZCO GAVE HIS LIFE IN 2003 WHILE SERVING OUR NATION. ON THIS NIGHT THE TEAM HONORED HIM AND HIS FAMILY IN PRE-GAME.