FNL Game of the Week: Highland at Kennedy 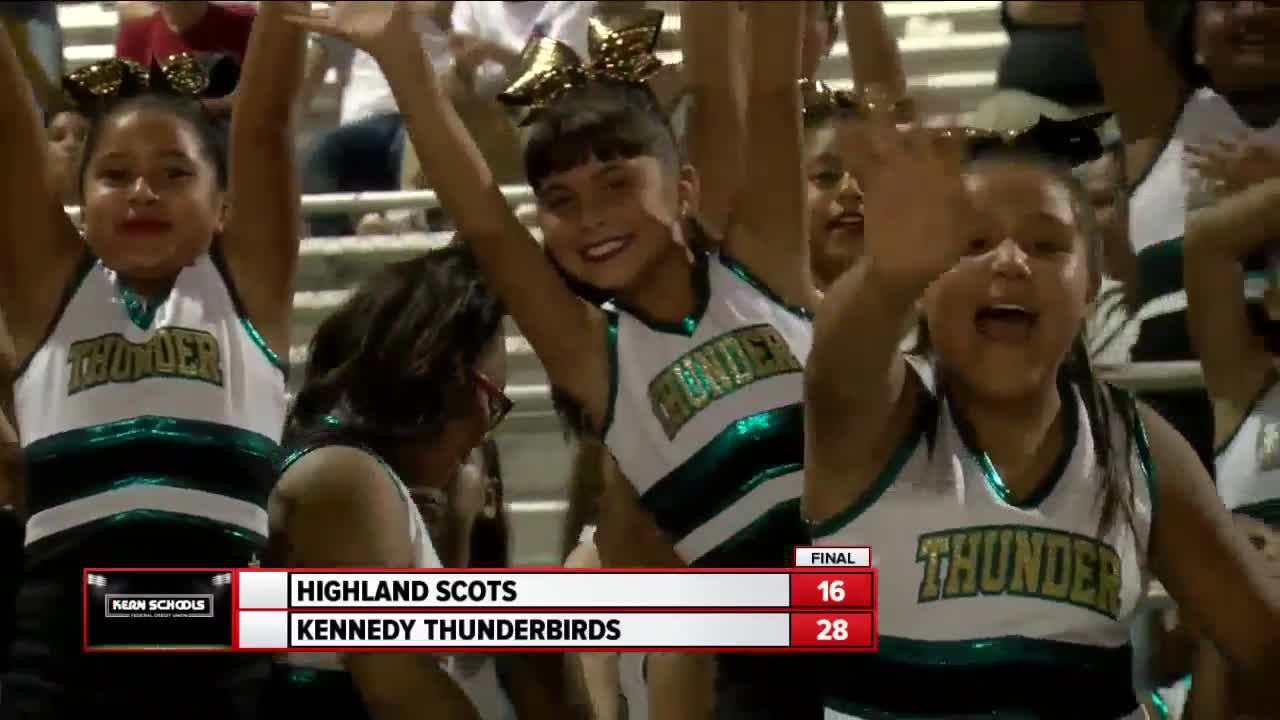 DELANO, Calif. — Week three of the season pitted two undefeated teams against each other for Friday Night Live's Game of the Week, the Highland Scots vs. the Kennedy Thunderbirds.

Defense and a strong rushing game pushed Kennedy to its third straight win of the season, defeating the Scots 28-16.

Jose Cota and Franciso Medina add more scores to their state lines, Cota with a quarterback keeper for a touchdown and Medina scoring twice, while Anthony Orozco adds a long fumble recovery for a touchdown in the second half.