FNL Game of the Week: Shafter vs. Kennedy 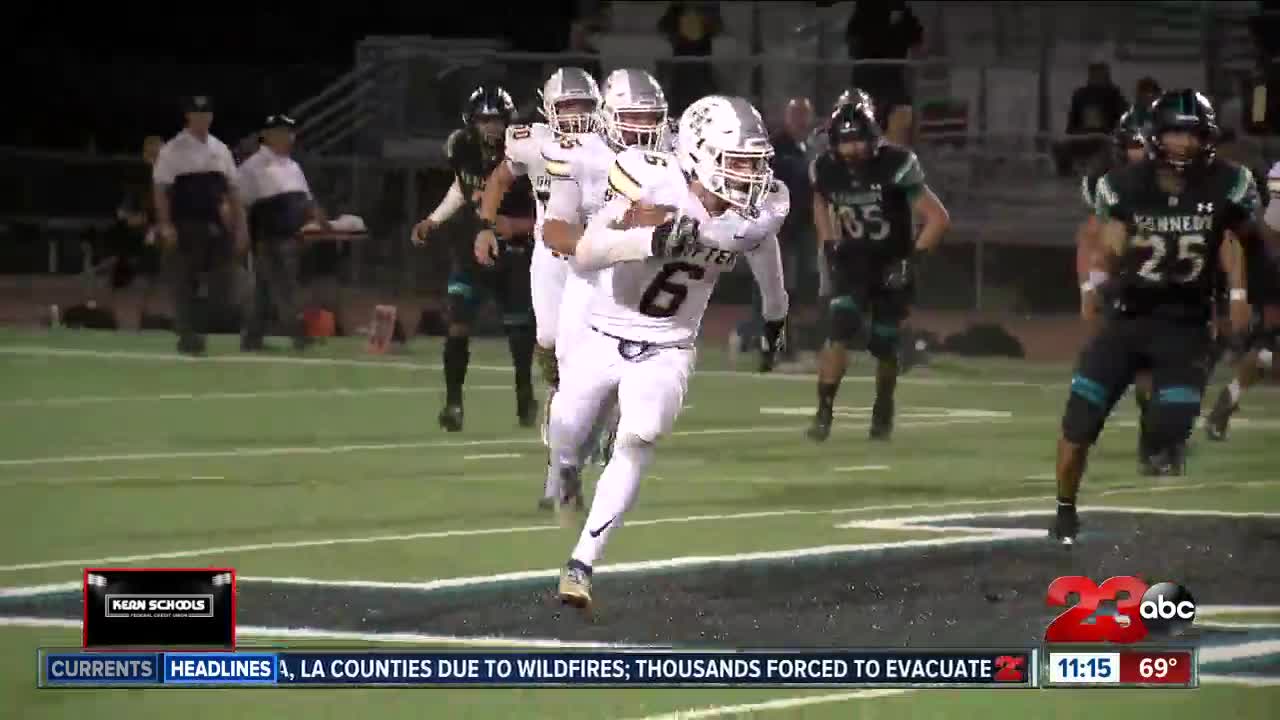 Week 10's Game of the Week features a heated rematch.

DELANO, Calif. — Our Friday Night Live Game of the Week featured a rivalry rematch between the Shafter Generals and the Kennedy Thunderbirds.

A year after the Thunderbirds got redemption on the Generals in the Valley Championship, Shafter got their own redemption, beating the T-birds on their turf 27-21. Jackson Sanchez accounted for all of the Generals touchdowns, throwing for one and rushing for three more.

This was Kennedy's first loss on the 2019 season as they now share the top spot of the South Sequoia League with the Cesar Chavez Titans and Shafter.

Next week, Kennedy and Chavez will face off while Shafter host longtime rival, Wasco.