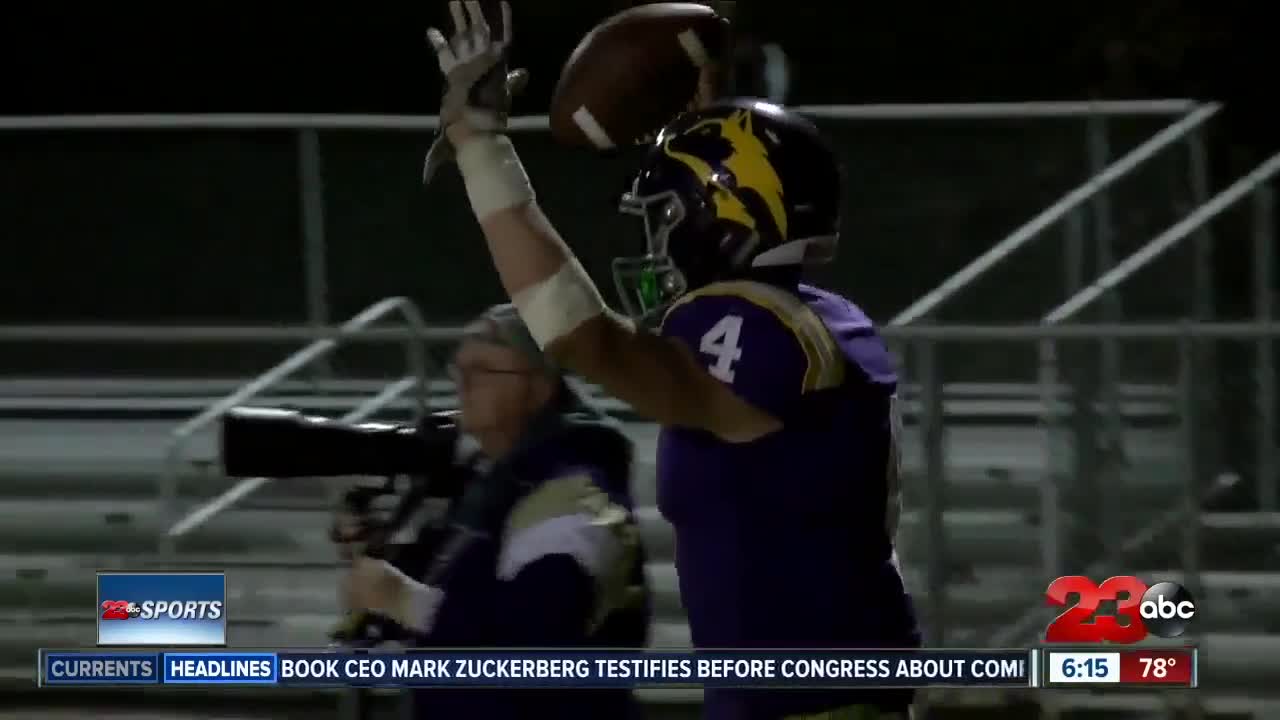 BAKERSFIELD, Calif. — Friday Night Live Player of the Week was Ridgeview's Anthony Ramirez. The senior plays just about every position on the football field but has been making use of his skills at quarterback assisting starting quarterback Justin Hinzo who has been dealing with a shoulder injury.

This past Friday night, against a very strong defensive Eagles team, Ramirez ran all over the field, rushing over 170 yards and scoring four touchdowns.

His breakout game not only shocked Bakersfield Christian but others, too, while his team always trusted him.

"It wasn't new to me, though, I know how I can play, but nobody trusted me until they'd seen what I had Friday I guess," Ramirez said.

"We knew Anthony was great player he started at quarterback for us when Hinzo was down and he showed right then that he was something special so we were really just waiting for the right time to use him and hopefully catch Bakersfield Christian off guard and I think that's what happened," Ridgeview Head Coach Rich Cornford said.

Ramirez showed off his athleticism nabbing a timely interception late in the game, getting the ball back in Ridgeview's hands.

But him, like his coach, give a lot of credit to the guys up front for the team rushing over 400 yards total.

"Our line has gone a little unnoticed so when we rushed for about 380 yards on BC, we wanted to make sure those lineman knew that they were the real deal so Anthony got the player of the week for us but Ja'Baree Rufus was the offense player of the week because he's consistently led us up front on the offensive line," Cornford said.

"It's crazy how a team could work together and accomplish big things and I think Friday night showed it," Ramirez said.

The Wolfpack is now playing to stay undefeated in league play which would secure them the South Yosemite League title. This week they face Tehachapi and next is Independence.