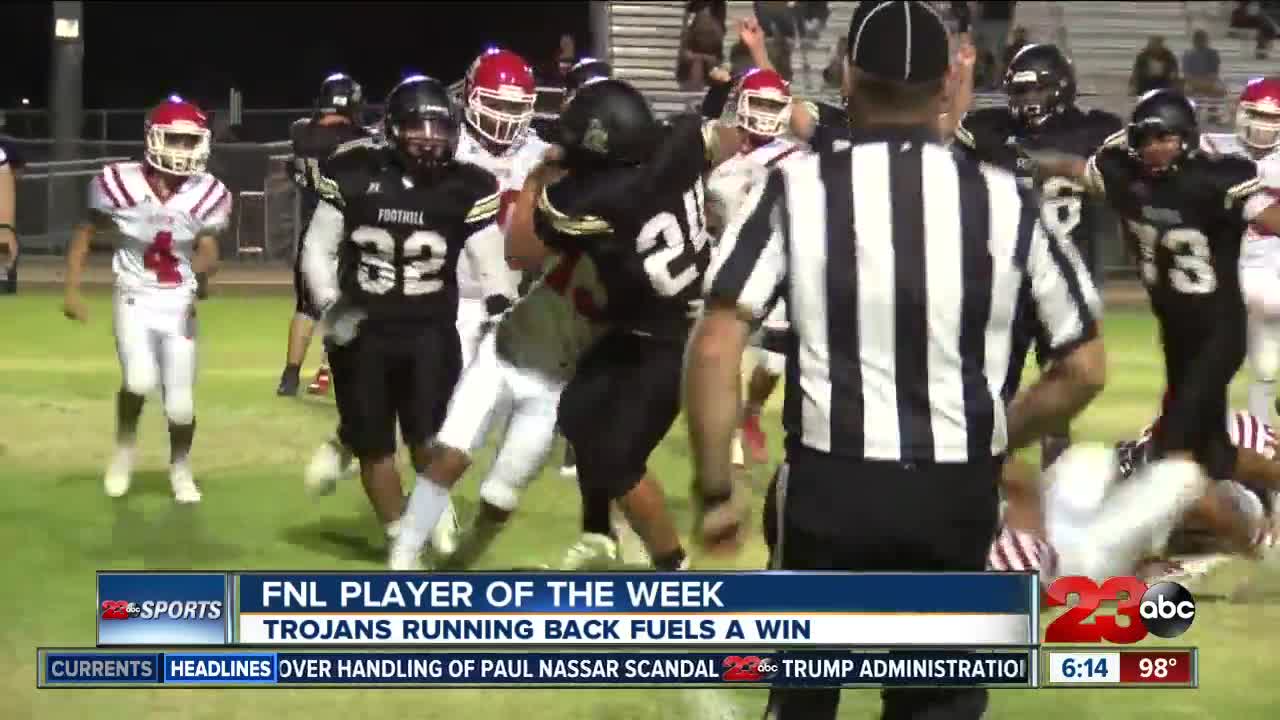 Bryan Diaz, our FNL Player of the Week, rushed for a touchdown with under 5-minutes to play against Arvin High School.

After that score, the Trojans trailed 14 to 13. Head coach Brandon Deckard didn't think twice about going for a two-point conversion.

"There was no doubt," he said. "I had the guys on the headset, they were trying to whisper, 'What do you think coach Deckard is going to do?' I said 'Guys, there is no way we're kicking. That's not who we are.'"

And he didn't. Instead, he gave it right back to Diaz who broke a goal line stand and was pushed in behind by his teammates.

"II felt a little snudge or something," Diaz said. "I wasn't going to be denied. It was on the line, it was on my hands to get those two points."

Up until that game, Diaz had won just one game in 20 tries at Foothill High. The team had not won a game since the 2017 season and had been on an 11-game losing streak.

The team isn't settled with just one win, they think it's the turning of a new page.