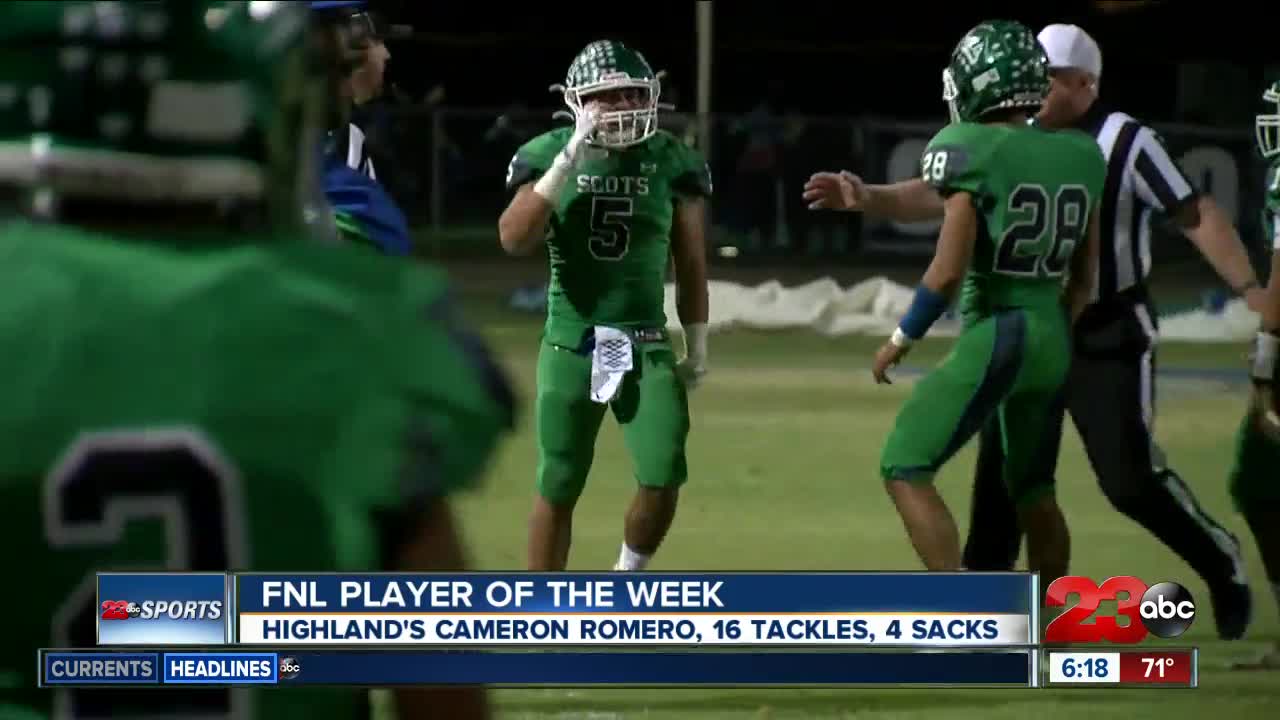 While the offense was on point, putting up 35 points, it was a defensive night for Highland with senior Cameron Romero leading the effort, earning our Friday Night live player of the week honors.

The senior defensive lineman was all over the Blades backfield, finished with 16 total tackles, 11 of those solo and four total sacks.

The Scots defense as a whole held East to only one touchdown. As Romero had his most productive game of the season.

The Scots have a bye week before taking on Golden West in the second round of the Central Section CIF Division 3 playoffs.