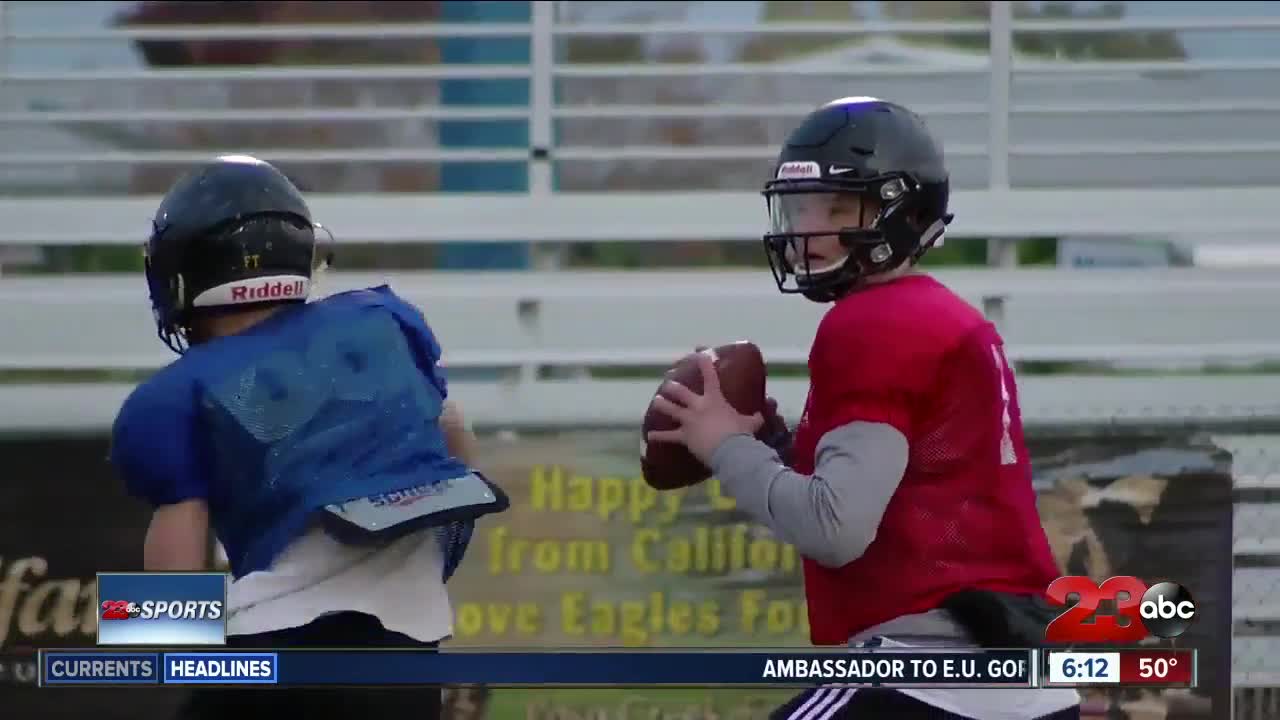 BAKERSFIELD, Calif. — Only one team survived the CIF Central Section Semifinals and the player leading the way for that team earned our Friday Night Live player of the week honors. That's Bakersfield Christian senior Dominic Gamboni.

On top of a defensive dominance by the Eagles, that included six picks, it's what the quarterback did with the ball when it was back in his hands that helped his team advance to the championship.

Gamboni threw for 214 yards and four touchdowns, a pair in each half and that took the steam away from San Luis Obispo as BCHS went on to win 35-14 and move on to a second straight valley championship.

And, he thinks his team has found their identity at the right time.

"We had the potential all year, you could see it every day at practice, but to finally see it come to fruition was a lot of fun," Gamboni said. "Just knowing that all my guys are doing their job to the best of their ability around me and all my coaches have my back gives me the utmost confidence."

And, to add to that confidence is the fact this team is facing a Central Valley Christian team that they beat 36-0 earlier this season, while Gamboni threw for five touchdowns.

But the Eagles aren't focusing on the past, knowing that every team improves over the course of the season.They are just ready to bring home another valley championship.

The Eagles host the valley title game Friday at 7 p.m.