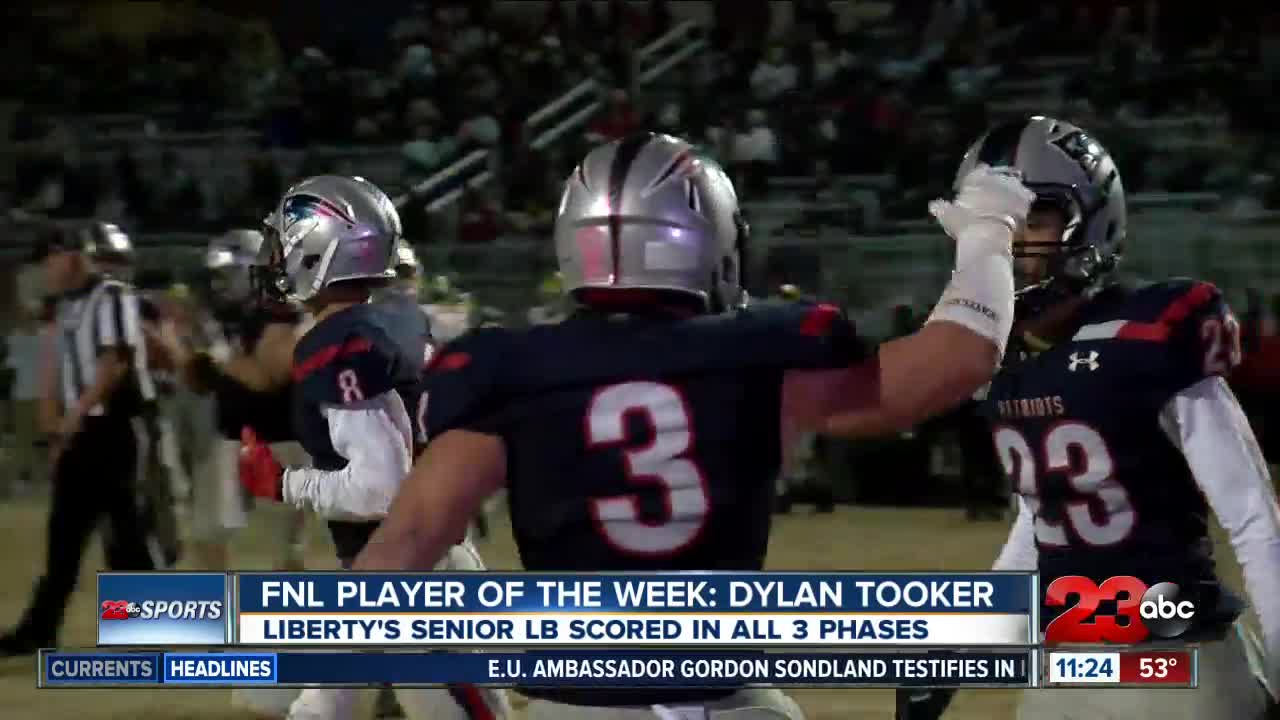 BAKERSFIELD, Calif. — Third time was a charm for No. 3 on the Liberty Patriots, senior linebacker Dylan Tooker, during the Pats 38-14 win over Clovis West in the Central Section quarterfinals as he scored three touchdowns and earning our Friday Night Live Player of the Week honors.

Not only did he score three touchdowns, he did it in all three phases of the game.

His first score was on defense, completing a pick-six. Then he'd follow up with a kickoff return for a touchdown scampering 75 yards past the Golden Eagles. And in the second half, Tooker took off once more and this time on offense, rushing into the end zone from wildcat formation as the Patriots took a 35-14 lead.

By the end of the night, Tooker totaled 135 all purpose yards and despite a charming performance, he won't take credit for it by himself.

"Our whole team, we're not selfish, we just play and do what our coach tells us to do, we do our jobs each and every play," Tooker said. "I wasn't really expecting three touchdowns I was just playing my hardest and it came to be that way. Just giving it my all for my team and make sure we got the 'dub'."

"Dylan's an all around football player and I think he loves the game, he plays with passion and I really believe he has a lot of fun playing this game," Liberty Head Coach Bryan Nixon said.