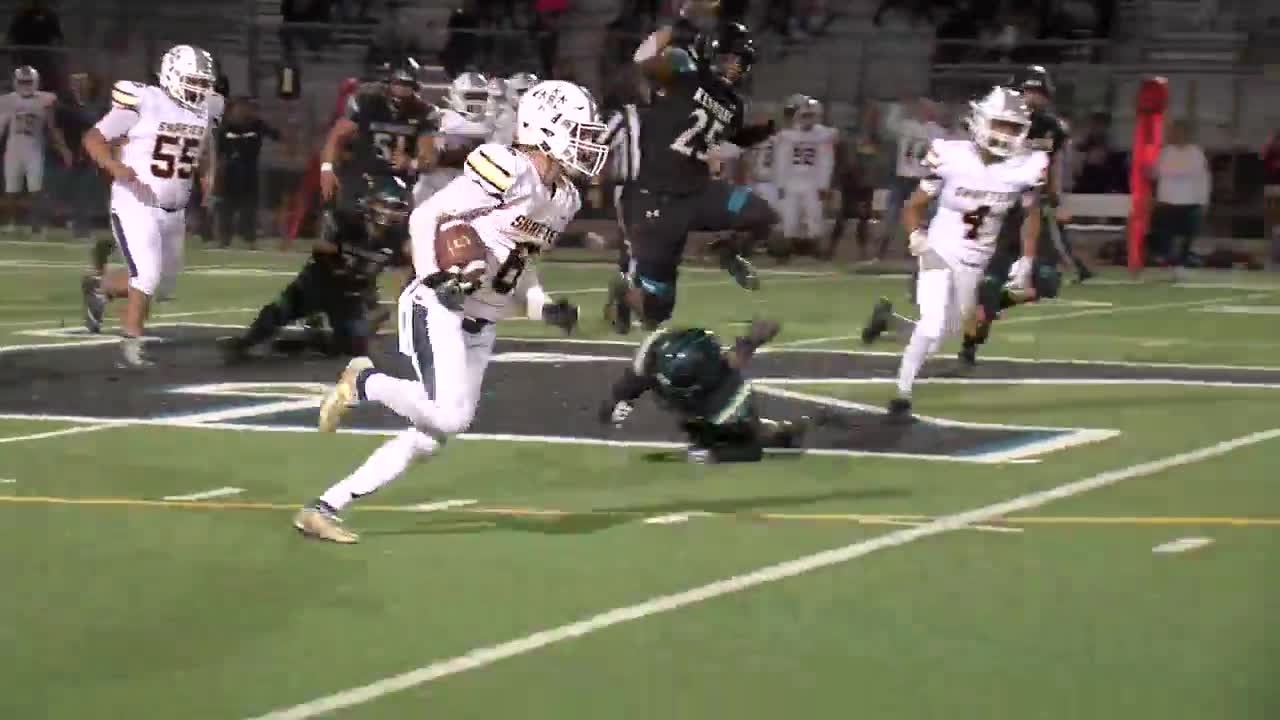 The Generals switched things up having Sanchez take over starting quarterback for Tyson Dozhier.

And Sanchez quickly relied on his legs as the typical wide receive was able to rush for three touchdowns, including a 70 yard run. He also threw for another touchdown, accounting for all of Shafter's offensive scores on the night.

His Generals upset Kennedy 27-21 to jump into a three-way tie with them at the top of the South Sequoia League standings. And, what makes this all extra special is that Sanchez is bouncing back from an early season injury that kept him on the sideline for three weeks.

"I give a lot of credit to the o-line because they deserve it and really I feel like when I'm untouchable, they are untouchable in a way," Sanchez said. "The team just kind of came together during the whole week, the lineman did a great job and I just ran through the holes, so everything came together."

Shafter's Head Coach Jerald Pierucci knows his job as offensive play caller is a little easier with Sanchez in the back field.

"To watch him go do, last Friday, what he did is kind of just par for the course having coached Jackson now for four years," Pierucci said. "I know our team loves him back on point and he's just a fun player to watch as a coach when he's just doing Jackson things."

Shafter will face longtime rival Wasco this week to end the regular season.