FNL Players of the Week: Wesley Wilson and Ricky Easterwood 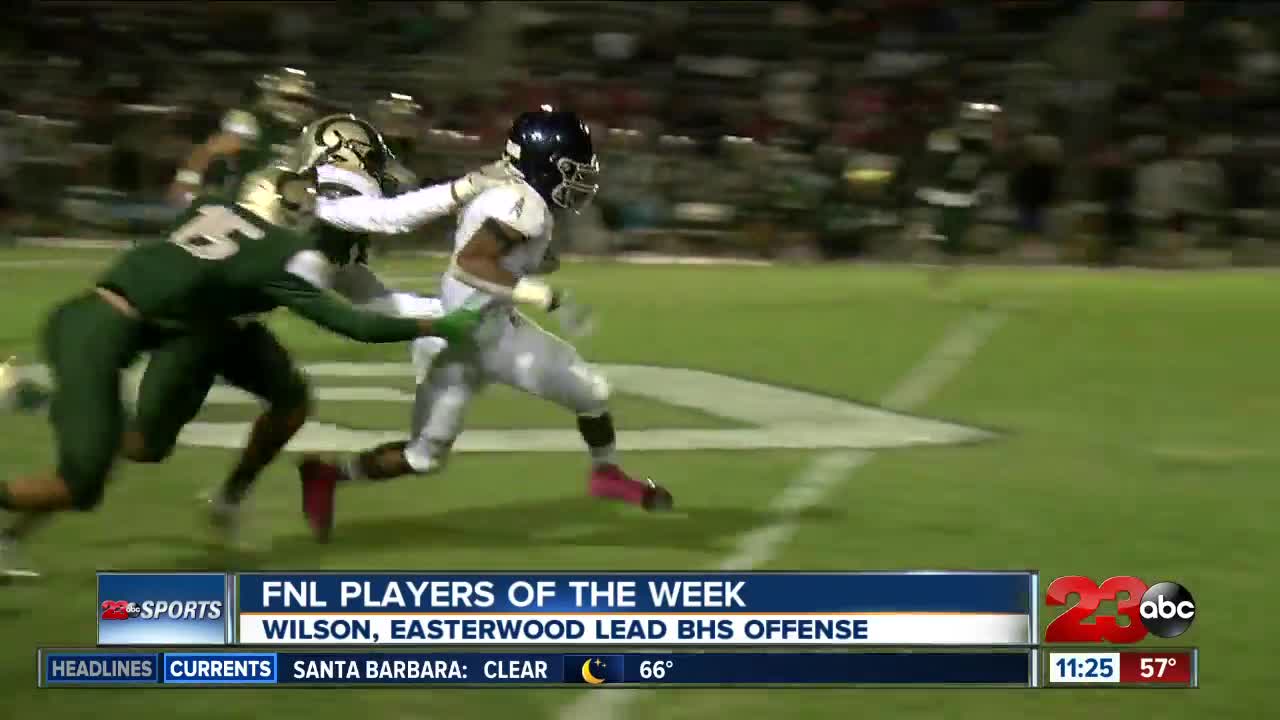 Last Friday, the Drillers seemed to provide that with the team's first league win this season and securing a win against their former coach. Although it took the whole team, two players on offense stood out, grabbing our honor of FNL Players of the Week.

Quarterback Ricky Easterwood and running back Wesley Wilson did most of their damage in the first half.

The junior quarterback was efficient completing 13 of 15 passes, throwing for 200 yards and a touchdown, and rushing for another.

While his guy in the back field, Wilson, had 15 rushes for 98 yards on top of another 108 receiving yards, while also scoring a touchdown.

And for these two guys, they have enjoyed finding chemistry in a new offense this season and believe there is more to come from BHS. The Drillers head to Frontier on Friday in search of that second league win.