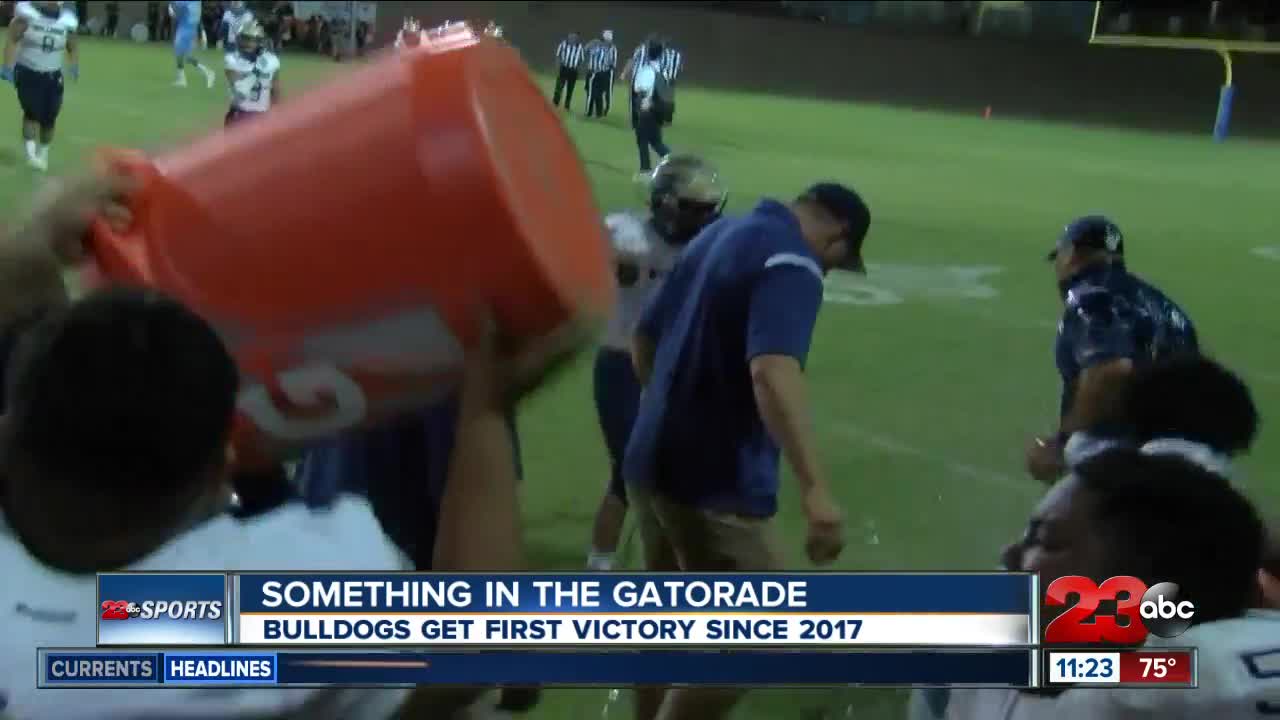 BAKERSFIELD, Calif. — It took 672 days and 12 long games for Golden Valley High School to finally bathe in the Gatorade after defeating South High School 21 to 6 on Sep. 6.

“0 and 12, it doesn’t really feel good but we stick with it," said Donovan Valdovinos, senior corner back. "We committed and with these coaches, we trusted and we got our first victory.”

Before they could win, head coach James Cain needed to sell himself to his team.

“It took these kids buying into what we were telling them to do," he said. "I didn’t promise them a win every day, I promised them that I would do my best to put them into a position to compete every Friday night and hopefully it would end in a win.”

The Bulldogs were sold and the win came. The defense held South to just six points in a game that featured and interception-return for a touchdown and a clutch fumble recovery that helped seal the victory.

Cain said the team showed resiliency even after the Rebels’ big plays.

“Their talented runner broke down the side to score, that easily could have folded us up," he said. "And our guys didn’t, they came back the following drive and kind of just came at them and said ‘hey we want some more.'"

Golden Valley is looking for more than just one Gatorade bath this season. Their next game is this Friday, Sep. 13 at Santa Maria.