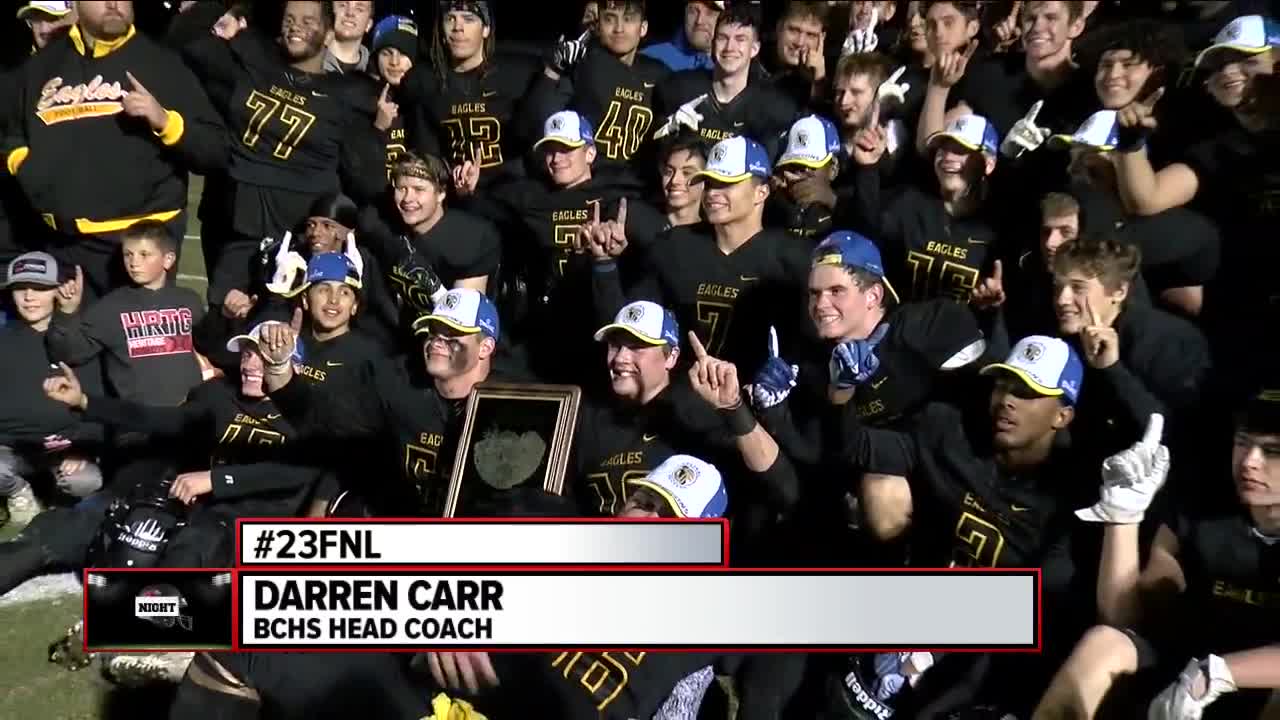 BAKERSFIELD, Calif. — The Bakersfield Christian Eagles were looking to bring back their first valley title in three years and to do so they just had to beat Central Valley Christian for a second time this season, this time at home.

As the only county team in a valley championship, the No. 2 Eagles were playing for themselves and the city of Bakersfield as they went on to defeat No. 8 CVC Cavaliers 28-14 in the Division 3 CIF Central Section Final.

Senior tight end and defensive end Ben Yurosek had a big game on both sides of the ball, finishing with two touchdowns and playing menace to the Cavaliers offense, while senior quarterback Dominic Gamboni threw for two touchdowns and junior running back Jess Wattenbarger scored two touchdowns on the ground.

The Eagles will find out this weekend their seeding for state playoffs.