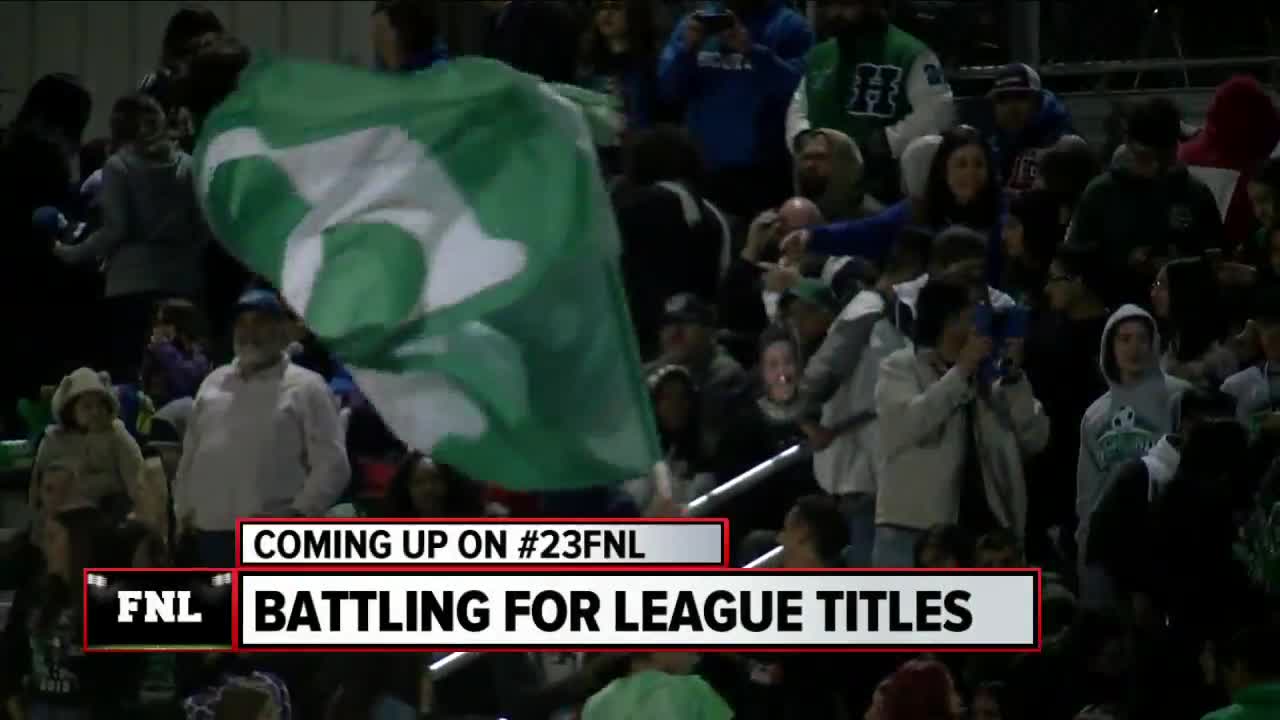 BAKERSFIELD, Calif. — It is the most anticipated time of the season, rivalry week. With teams facing off against their least-favorite foes, there's always a chance for tempers to flare. Tonight, more than pride was on the line as no league titles had been determined.

In our Friday Night Live Game of the Week, the East High Blades and Highland Scots were fighting for sole possession of the Southeast Yosemite League title. It was the Scots topping the Blades by a final of 35-6.

The top-dog Liberty Patriots were taking on the Bakersfield Drillers. It was the Pats taking the Southwest Yosemite League with a 37-7 win.

In one of the most storied rivalries of all-time, the Shafter Generals beat the Wasco Tigers. The final from Shafter was 28-21 as the Generals shared a part of the SSL title with Chavez.

In the South Yosemite League, Ridgeview defeated Independence, 55 to 7. With the win, the Wolfpack finished the season undefeated in region play to take the crown.

For a full list of scores from around Kern County, check out our 23FNL High School Football Scoreboard!