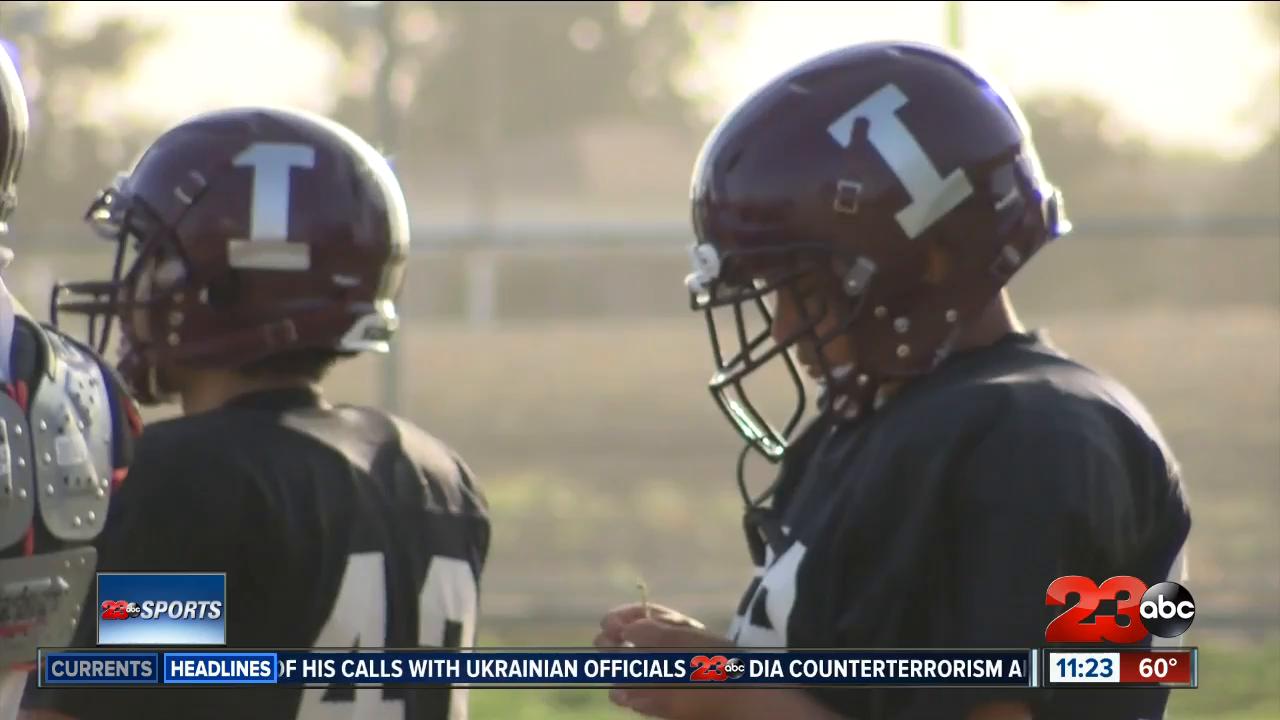 BAKERSFIELD, Calif. — Nathan Deval's dream was to score a touchdown when he first started playing football at Independence High School three seasons ago.

A 40-yard score straight up the gut in last Friday's game between Tehachapi and Independence was the show of ultimate sportsmanship. Making his way through defenders is Nathan Deval. The high school senior wasn't going to be stopped and created a football memory that will last a lifetime.

“My favorite part is score the touchdown and cheer the teammates," Deval said.

Deval is autistic, something that merely defines him. If you ask his coach who he is, he's known as a staple of the team.

“He’s always a guy who they can rally behind that can up their spirits when we need him to so the guys love having him out here," Tyler Schilhabel, Independence's head coach said.

From the stands and watching proudly, his parents could have stopped time.

“It was amazing when I heard his name over the loud speakers," said Albert Deval, Nathan's father. "I saw him jumping up and down getting ready for the ball, I can’t explain the words but amazing, in awe, just the moment touched my heart.”

Nathan doesn't just excel on the football field either, his list of sports goes for a while.

WHEN THE MULTI-SPORT ATHLETE STEPS ON THE FIELD…HE GETS TO BE JUST A PLAYER.

When the multi-sport athlete steps on the field, he gets to be just a player.

“They make him run laps just like the other guys, they don’t give him any breaks, he’s just like every other kid," Albert Deval said.