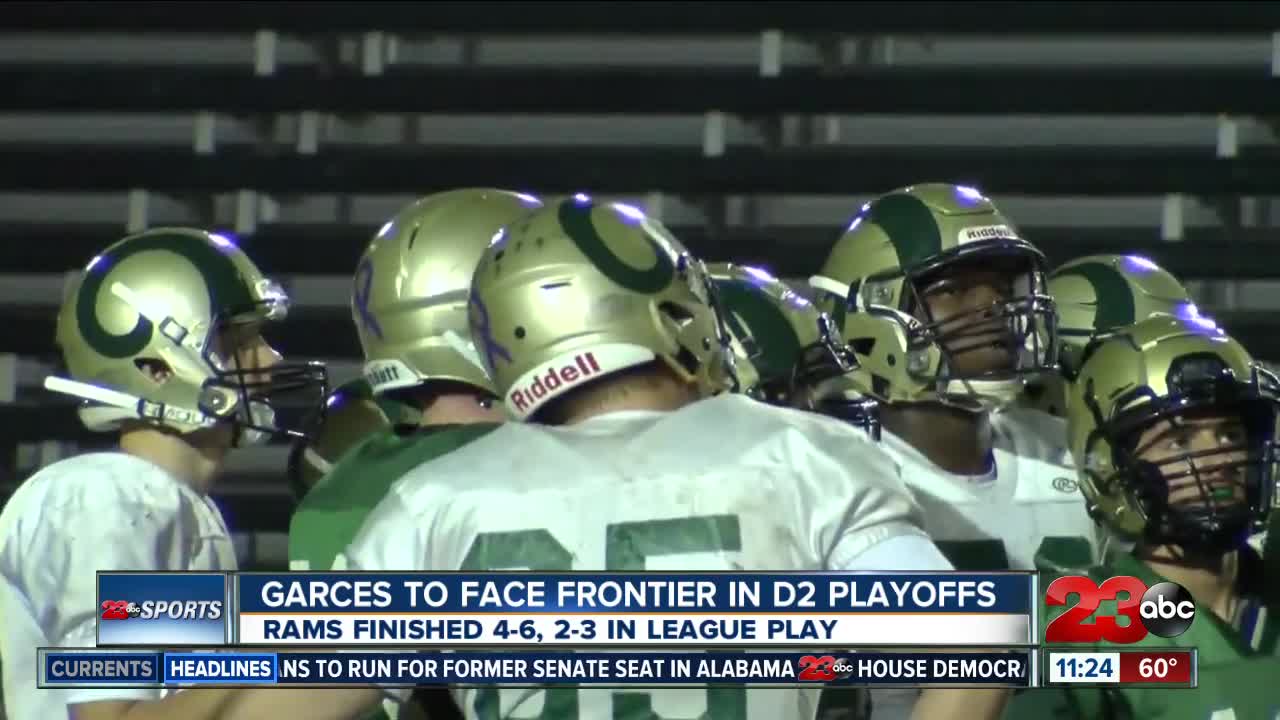 BAKERSFIELD, Calif. — The Garces Memorial Rams will have a shot at getting revenge against the Frontier Titans when they face them Friday in round one of the Division-2 CIF High School Football playoffs.

The Titans ran all over Garces when the two faced each other in week six of the regular season. Frontier was able to put up over 200 rushing yards and five scores on the ground on their way to a 40-35 victory.

The Rams finished the regular sesaon 4-6 overall with a 2-3 record in league play. Head coach Paul Golla is happy to be facing a team his guys have already seen, depsite the loss.

"What a great opportunity to play somebody twice that you're familiar with," Golla said. "You know they beat us the first time, they played a great game so we're expecting another great game this Friday night."

Heading into what is seen as "Week 12" of the season, some players can see quite a difference from this year to last. Junior defensive back Dom D'Amato can see how the team's focus has changed heading into postseason with Golla at the helm.

"This year we're really up-tempo and there's more emphasis on doing our own thing," he said. "Last year we sorta just pushed on and tried to think about what we were doing next."

The two teams will face off at Froniter on Friday night at 7 p.m. Check back on our website tomorrow night as we'll preview the Titans.