Icebreakers with the Condors: Getting to know center Ryan McLeod 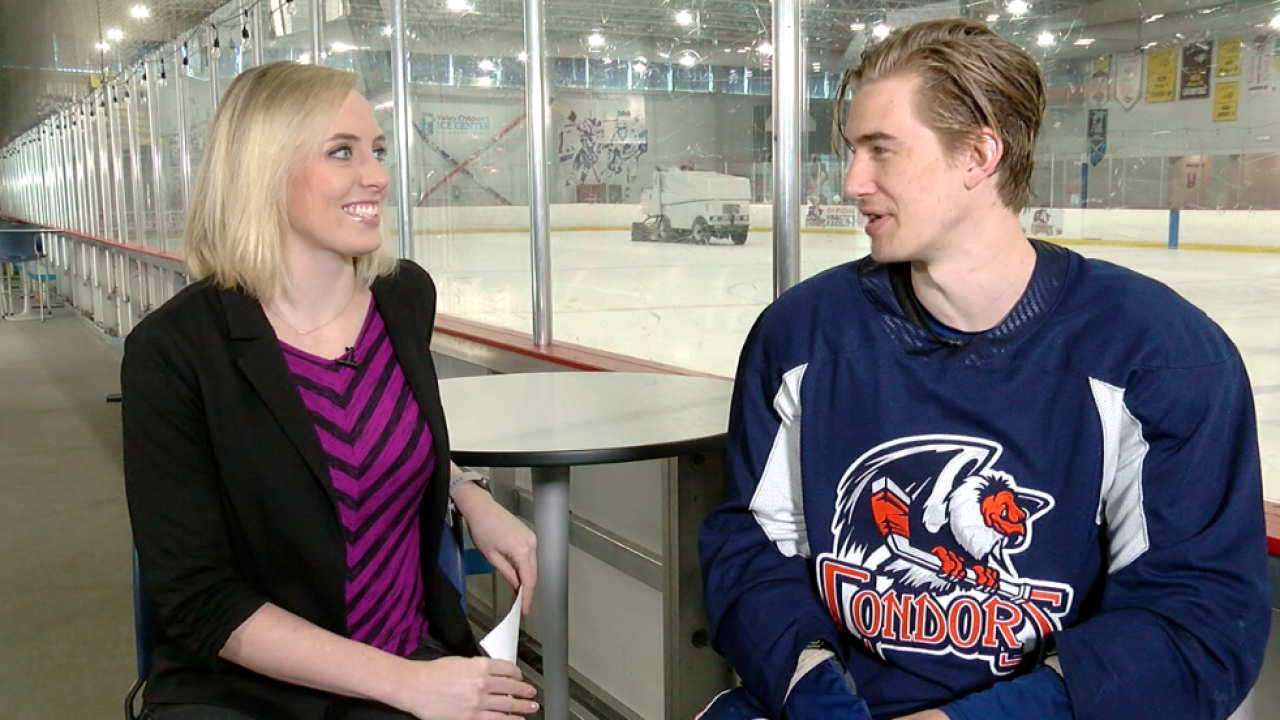 BAKERSFIELD, Calif. — Icebreakers with the Bakersfield Condors is a segment at 23ABC where sports director Kari Osep asks a player 23 questions to get to know them a little better in a one-on-one setting.

This segment features Condors rookie center Ryan McLeod, who was drafted by the Edmonton Oilers in 2018 as the 40th overall pick and has played 56 games with Bakersfield during the 2019-20 season, finishing with five goals and 18 assists.

The young forward discusses his family ties to hockey, what he thought of playing and living with fellow rookies and stayed diplomatic on a few questions including who'd he'd like to be stuck with on a deserted island.