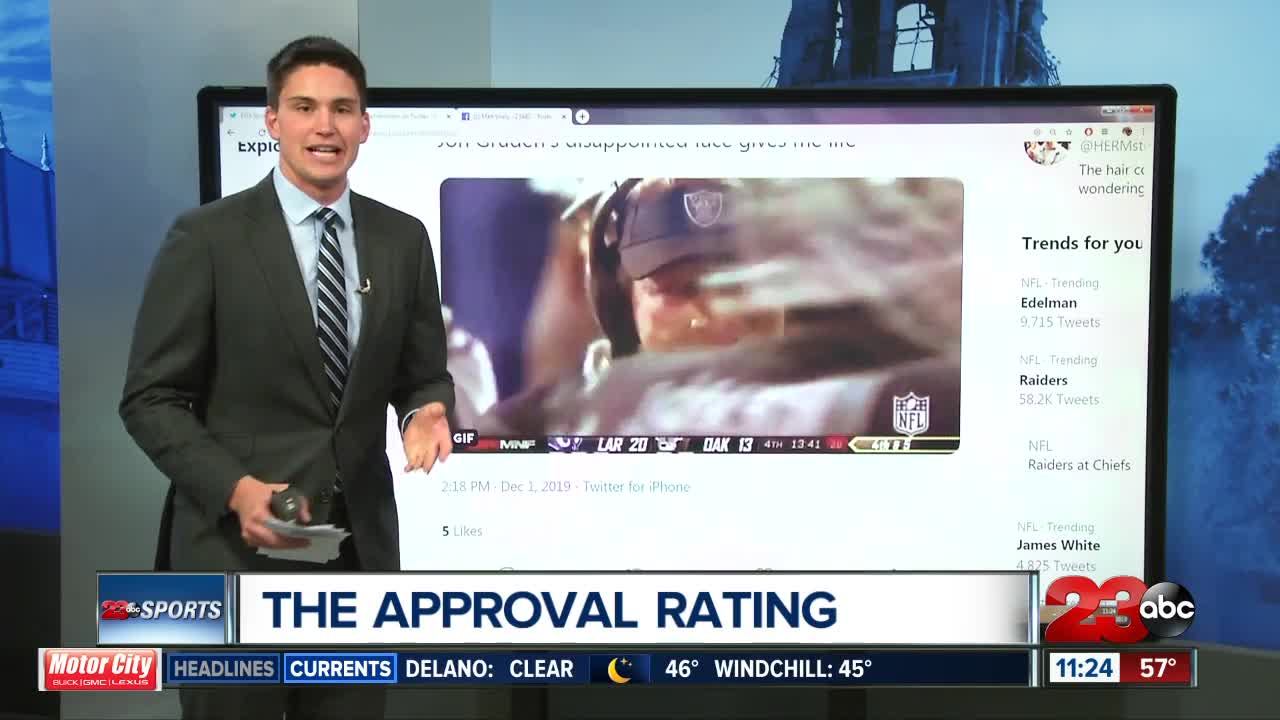 BAKERSFIELD, Calif — The second Jon Gruden era of the Oakland Raiders is 28 games in. Gruden has a 10-18 record over the span of a season and a half.

The head coach has traded away Amari Cooper and Khalil Mack and brought and released Antonio Brown to the team. Between HBO's Hard Knocks and Gruden's victory laps around the Oakland Coliseum after games, this new era has been nothing short of entertaining. The Raiders signed Gruden to a 10-year, $100 million contract in 2018.

Do you approve or dissaprove of Gruden as the head coach?