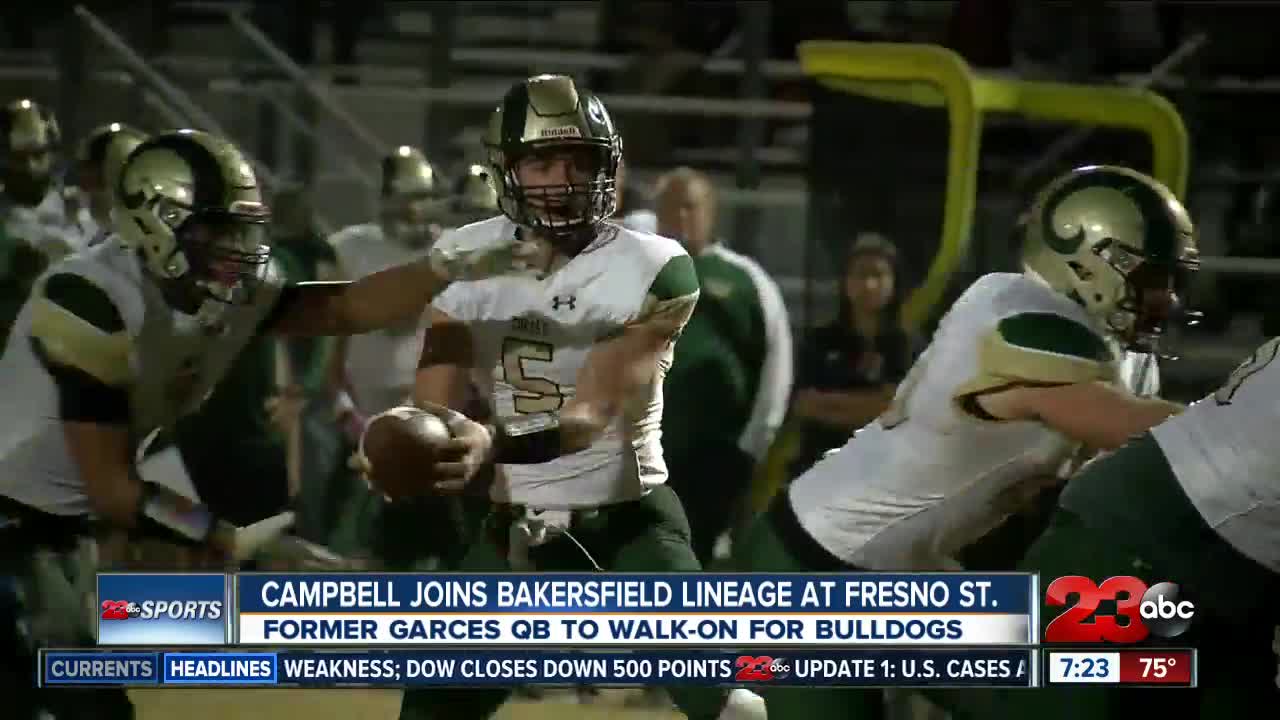 BAKERSFIELD, Calif. — Bakersfield is gaining quite the reputation for developing quarterbacks. From the Carr brothers to Jordan Love, Joseph Campbell is attempting to be the next native to make a name for himself.

The Garces Memorial Ram will head to Fresno State in the fall as a preferred walk-on. Growing up a Bulldog fan, the choice was a no-brainer for the three-year varsity starter.

“They liked my tape, they liked what I saw, they were looking for a preferred walk-on to bring another quarterback onto the team," he said. "The following day we sent them a throwing tape and a couple days later they reached back to me and said they wanted to bring me on.”

For Campbell, he can see a path to a successful career given the achievements from others in town.

“It’s very humbling knowing that there are guys before you that have done it, it’s nice that there’s a path already set and its awesome," he said.

The original plan for the quarterback was to attend Bakersfield College and transfer out after two seasons, but this opportunity was too good to pass up. While there will be obstacles to overcome as a walk-on, Campbell is no stranger to adversity. He missed the beginning of his senior season with valley fever and a punctured lung, but came back to have a nice season for the Rams.

“Definitely overcoming adversity, that really helped me a lot," he said. "I’m going to have to work for everything and everything is temporary, I mean the cards that you have that’s something you’ve gotta work with and there’s nothing you can do about that.”