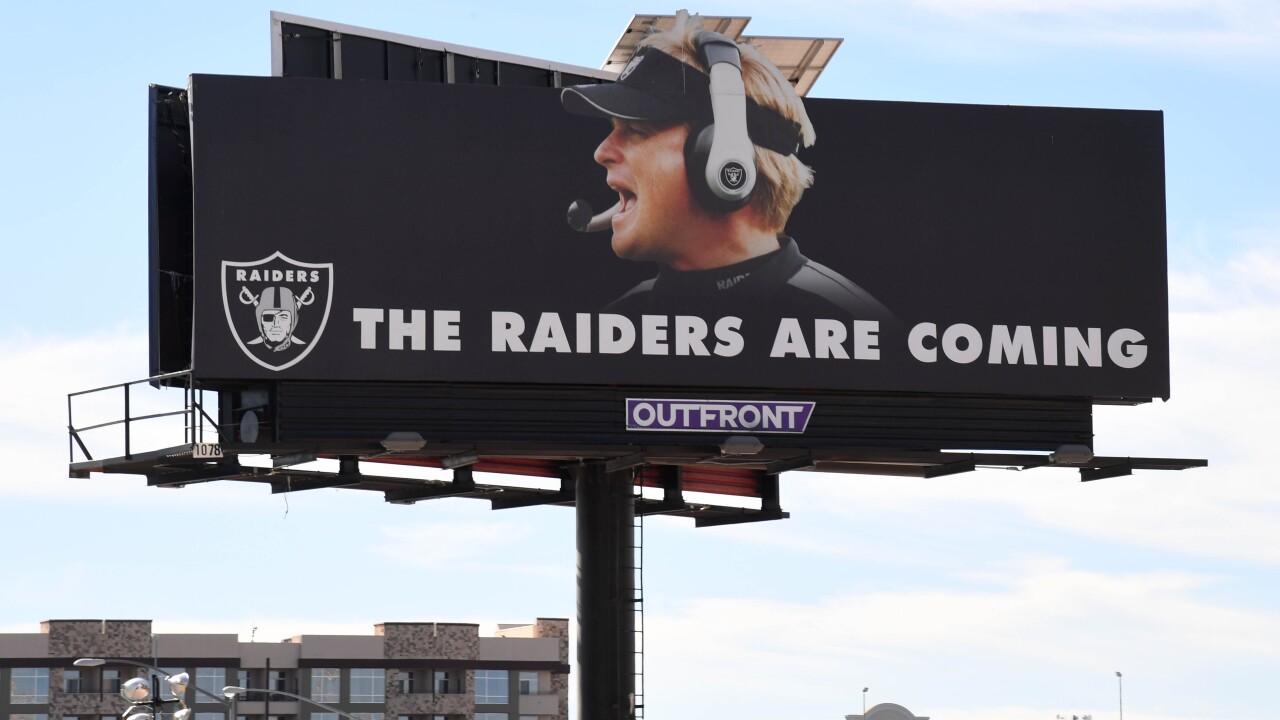 Ethan Miller/Getty Images
LAS VEGAS, NEVADA - DECEMBER 20: A billboard featuring the words "THE RAIDERS ARE COMING" and an image of Oakland Raiders head coach Jon Gruden is seen on the construction site of the Raiders USD 1.8 billion, glass-domed stadium on December 20, 2018 in Las Vegas, Nevada. The stadium is scheduled to be open for the Raiders and the UNLV Rebels football teams in 2020. (Photo by Ethan Miller/Getty Images)

LAS VEGAS, Nevada — A $1.9 billion stadium being built for the NFL's Oakland Raiders when the team moves to Las Vegas next year is being named for Allegiant Travel Co., team and company officials said Monday.

The announcement came during a ceremony marking installation of the final steel beam for the roof of the 65,000-seat indoor stadium just off the Las Vegas Strip.

Las Vegas-based Allegiant Travel is the publicly traded corporate parent of Allegiant Air, a low-fare carrier with 55 nonstop routes in the U.S.

Company chairman and chief executive Maury Gallagher said in a statement the facility name will "amplify" the airline's focus on leisure and vacation travel and its own resort development in Florida.

The Las Vegas Review-Journal reported in May the company had filed to trademark the name "Allegiant Stadium."

Terms of the agreement weren't made public, but experts told the Review-Journal the deal might cost up to $25 million annually in cash and in-kind services.

The Raiders are moving after the upcoming season.