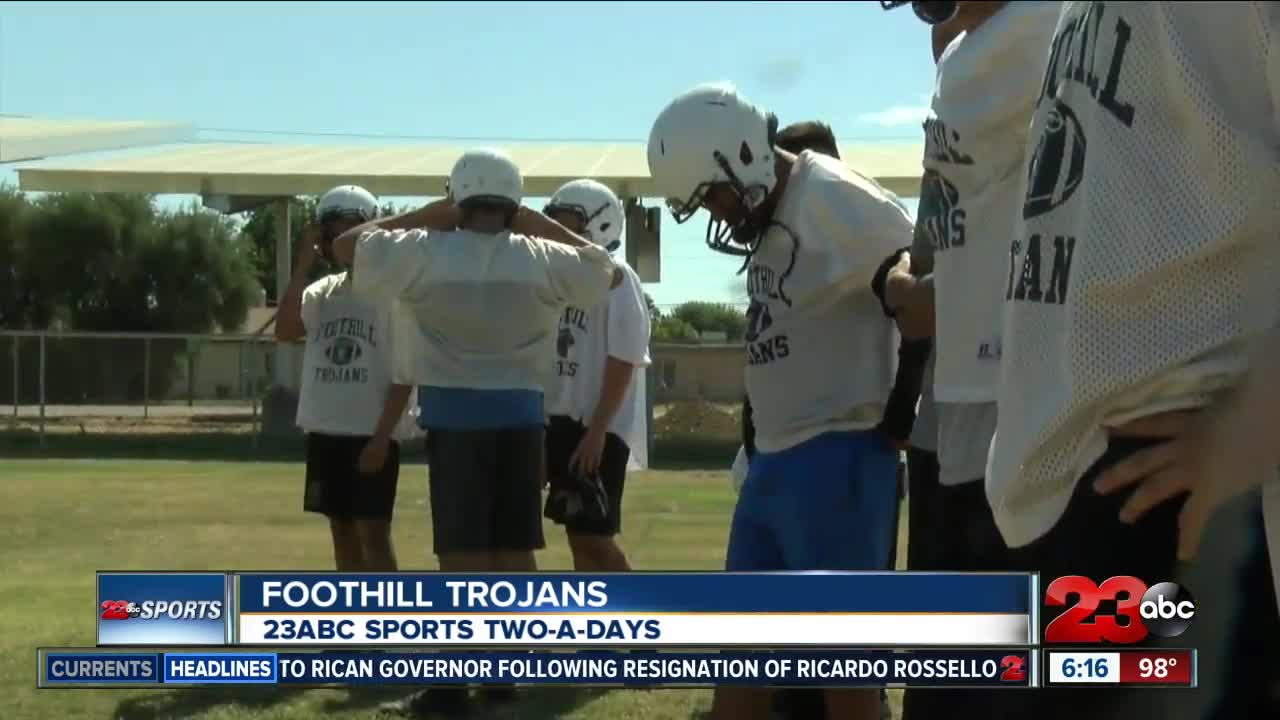 BAKERSFIELD, Calif. — The Foothill Trojans are a football program in the Southeast Yosemite League with room for a lot of growth after a winless season in 2018.

As the Trojans search for a much desired victory in 2019, they also are getting settled in with a familiar coaching staff after many years of coaching changes.

This team believes the reflect an NFL team that’s had a similar situation in recent years, the Cleveland Browns.Believing they can go from winless to contender in a short amount of time.

"If these guys can do it in just a matter of two years, maybe we could do it this year. Kind of get some confidence off of that, see the pros do it,” senior lineman Eli Provencio said. Just trying to do whatever we can, more build a brotherhood . . .but we're still hungry for that win."

One continued hurdle for the Trojans will be playing every game on the road as their stadium is still under construction.

Home field or not, head coach Brandon Deckard is coming back for a second year and will be leaning on some fresh talent in the new season, leaning on last year’s undefeated freshman team.

“Now they're at the varsity level with a lot of our returners that are coming in,” Deckard said. “So you know, the Foothill of old where we are just going to roll over and die isn't going to happen anymore."

Foothill begins the new era of Trojan football on August 23 against the Kennedy Thunderbirds in Delano.