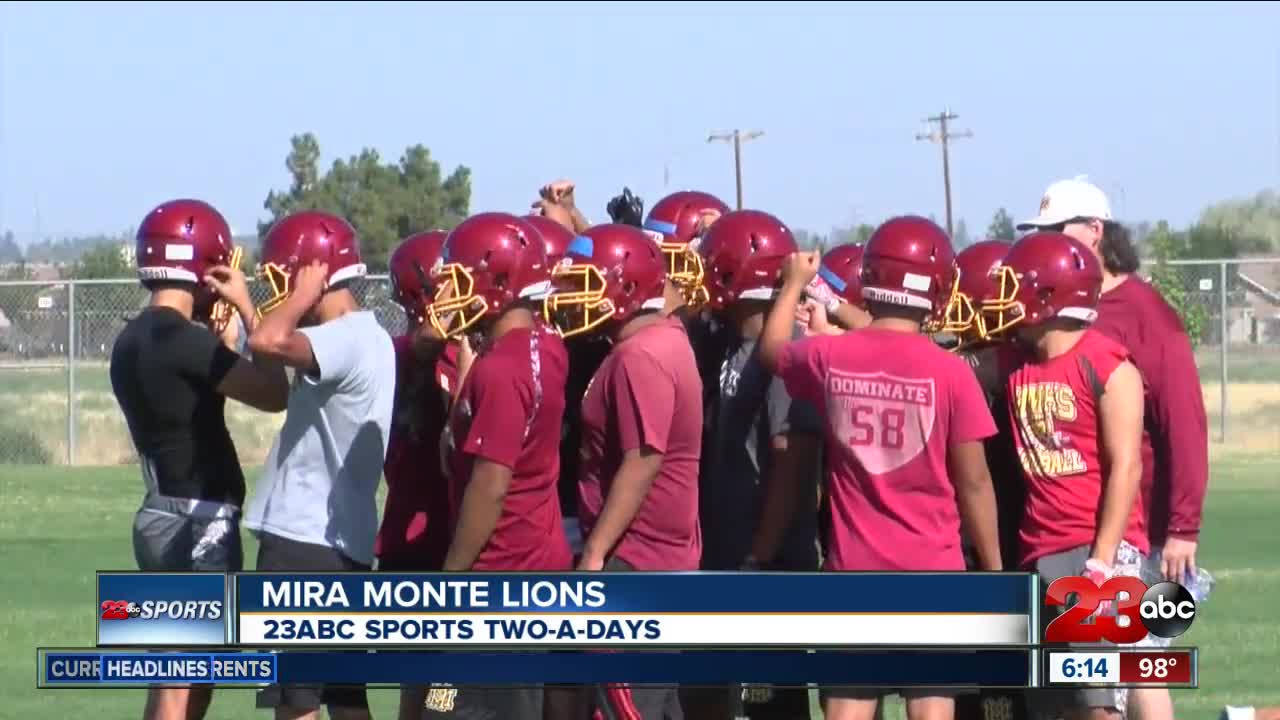 BAKERSFIELD, Calif. — Mira Monte is coming off a season where the Lions went 3-7, ending their season with a 42-17 win over Foothill in the Southest Yosemite League. The team hopes to use that late victory to propel them into this next year.

And lucky for the Lions, they will be returning their top running back, senior Shamar Oliver, who rushed for seven touchdowns in six games before being sidelined with an injury. He’s ready to make the Mira Monte offense the focus of 2019.

“I want to let everybody know that this year, I'm going to ball out,” Oliver said. “The offense is going to pick it up a notch to the point where we gonna be making touchdowns left and right."

Along with Oliver is the return of Head Coach Christian Johnson, who will be entering his second year at the helm.

A coach who took over a team that hadn't won a game in two years, and he's hoping to build on the three wins a year ago while also taking advantage of a division change. The Lions will be transitioning from Division 5 to Division 6 as they prepare to make a postseason push.

“I think that's the caliber we're out right now,” Johnson said. “We're going to be a team that has a great chance in the playoffs. With our non-conference schedule and coming out of our league, D6 is, we're built for it."

Mira Monte opens their season against the Shafter Generals on August 23 at home.