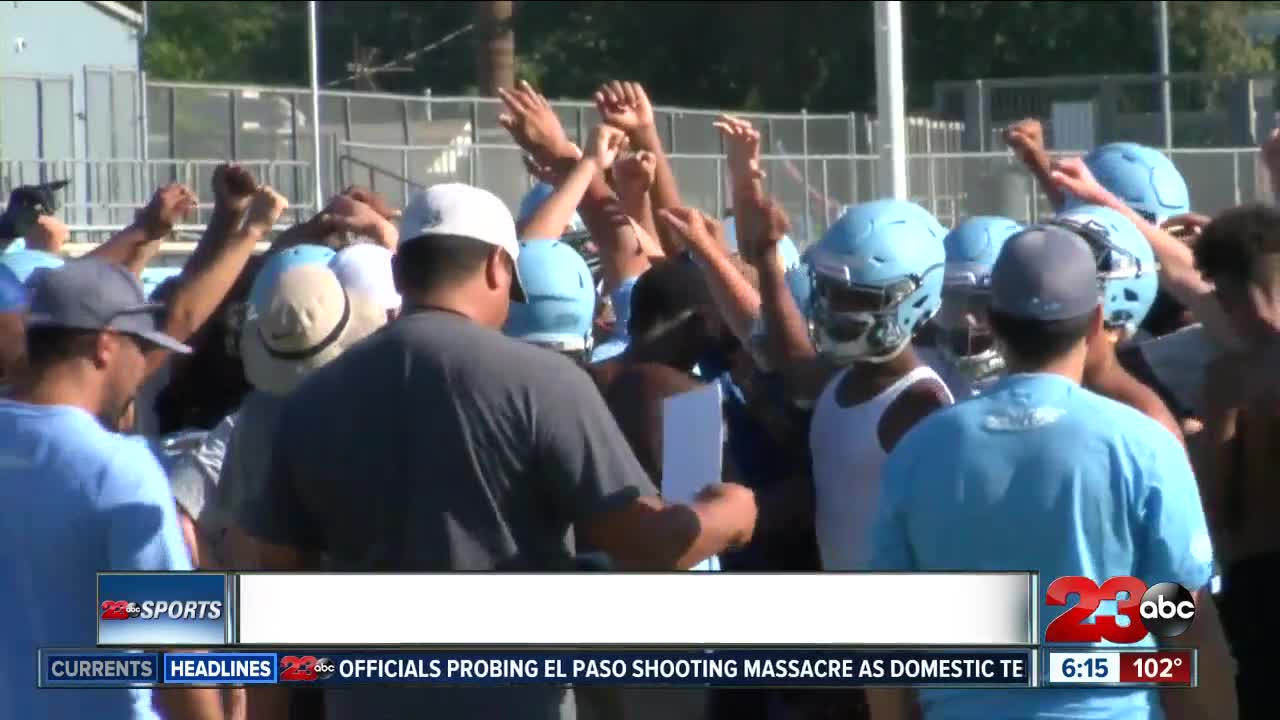 BAKERSFIELD, Calif. — South High School is coming off of a 6-5 season where they narrowly lost to San Luis Obispo in the first round of the CIF Division 5 championships.

Veteran head Coach Cary Mills has a young roster moving from junior varsity and is preparing the Rebels to move into bigger roles in 2019.

"We've been pretty consistent in our systems we've been running for the last few years," Mills said. “They know what they're doing, what there responsibilities are already know. It's just getting them up to that varsity level, teaching them the skills to be successful at the varsity level."

With just a few upper-classmen, Mills thinks each senior will carry weight on their shoulders as the team looks to stay on top of Southeast League. One returner Mills will be using quite a bit is senior Daniel Lomax, who will be used to fuel and lead the offense.

"I got a big role to play this year because it's my last year and there were a lot of seniors and now we don't got as many so I got to step up a little bit,” Lomax said. "I want us to get a ring this year, it's ring season this year baby."

The Rebels will look to get revenge on the Independence Falcons in week one of the regular season on August 23 after losing to the Falcons a year ago in a game where Lomax rushed for over 50 yards.