Four of our area football teams will be playing for a valley title this week. And we will be previewing each team this week.

On Tuesday, we visited Bakersfield Christian who will be facing top-seeded and undefeated San Joaquin Memorial in the Division III Central Section championship. 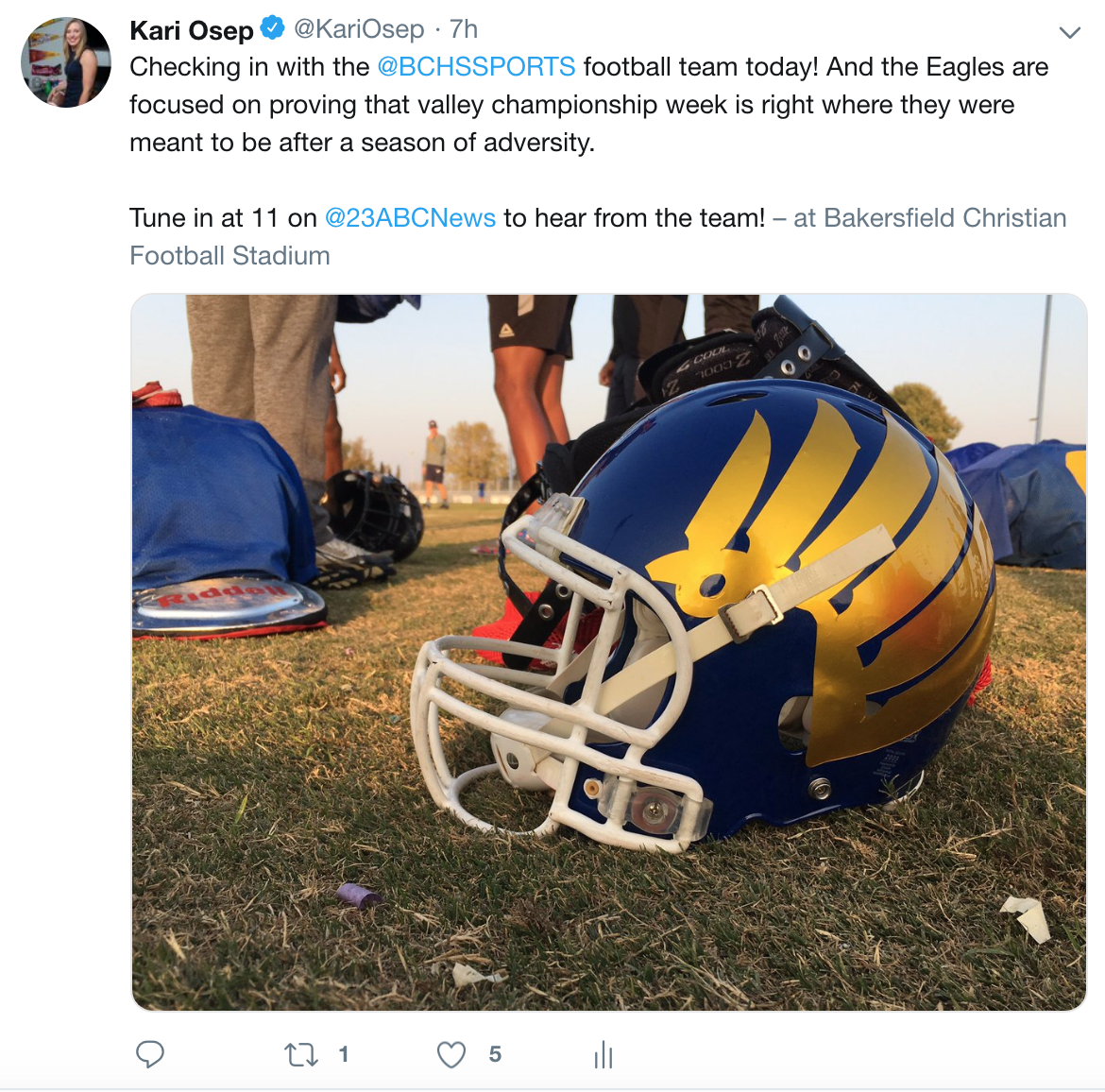 The Eagles started the season with a lot of question marks. A new league. A new quarterback. One of the toughest non-league schedules in the county. And come week five, the Eagles would face their biggest adversity, a 83-0 loss to Oaks Christian during a nationally televised game.

But they responded by rattling off seven-straight wins and gaining a league title on their way to the valley title game.

BCHS will get a chance to prove their determination on Friday facing the 12-0 Panthers, a team that knocked them out the playoffs last year, 49-7. One more opportunity to prove they belonged in this championship game all year long.