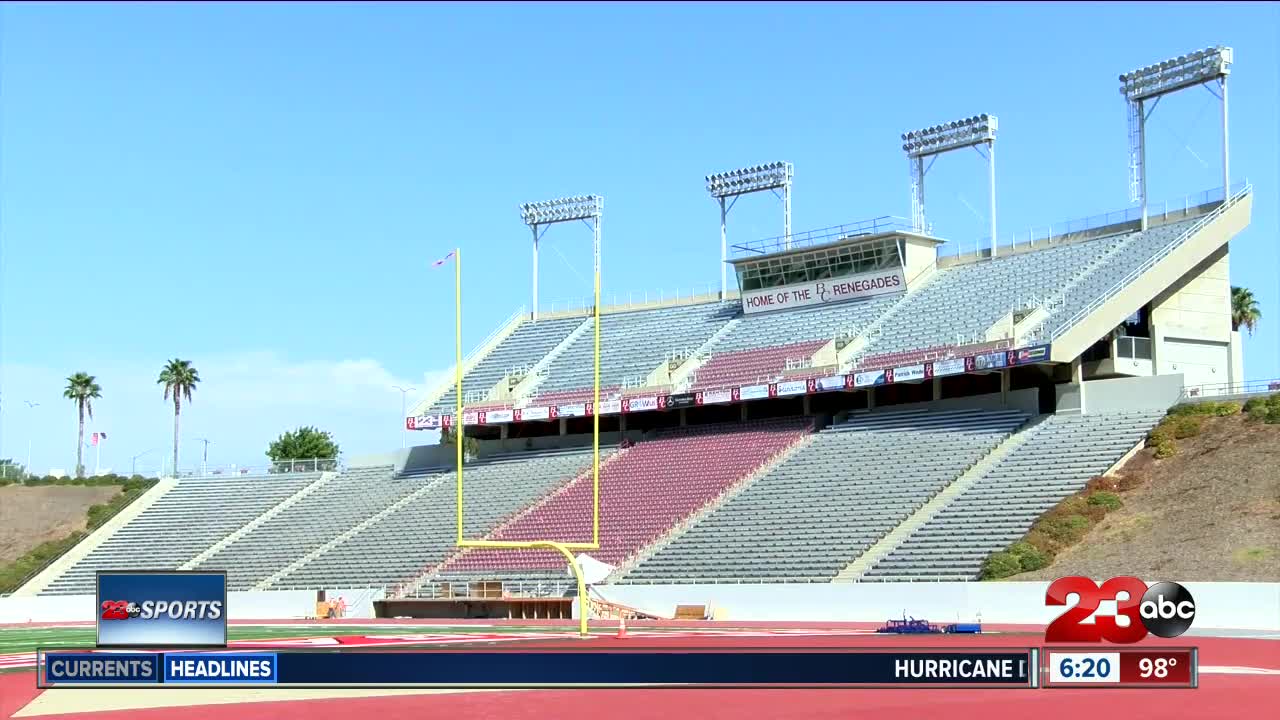 BAKERSFIELD, Calif. — The Bakersfield College Renegade Football team begins a new season on Saturday with a whole new field in the city's most iconic stadium.

Head Coach Jeff Chudy knows that fact has added extra incentive for the players this season and for the opening day kickoff.

And, the players believe it will add a little something extra to their skills this year as well.

"Turf is nice. I feel like it's a lot of traction so we can run faster on it," sophomore running back Shane Jones said. "It's going to be a movie that's it, that's all I can say."

Kickoff for BC's season opener is set for 6:00 p.m. at Memorial Stadium.