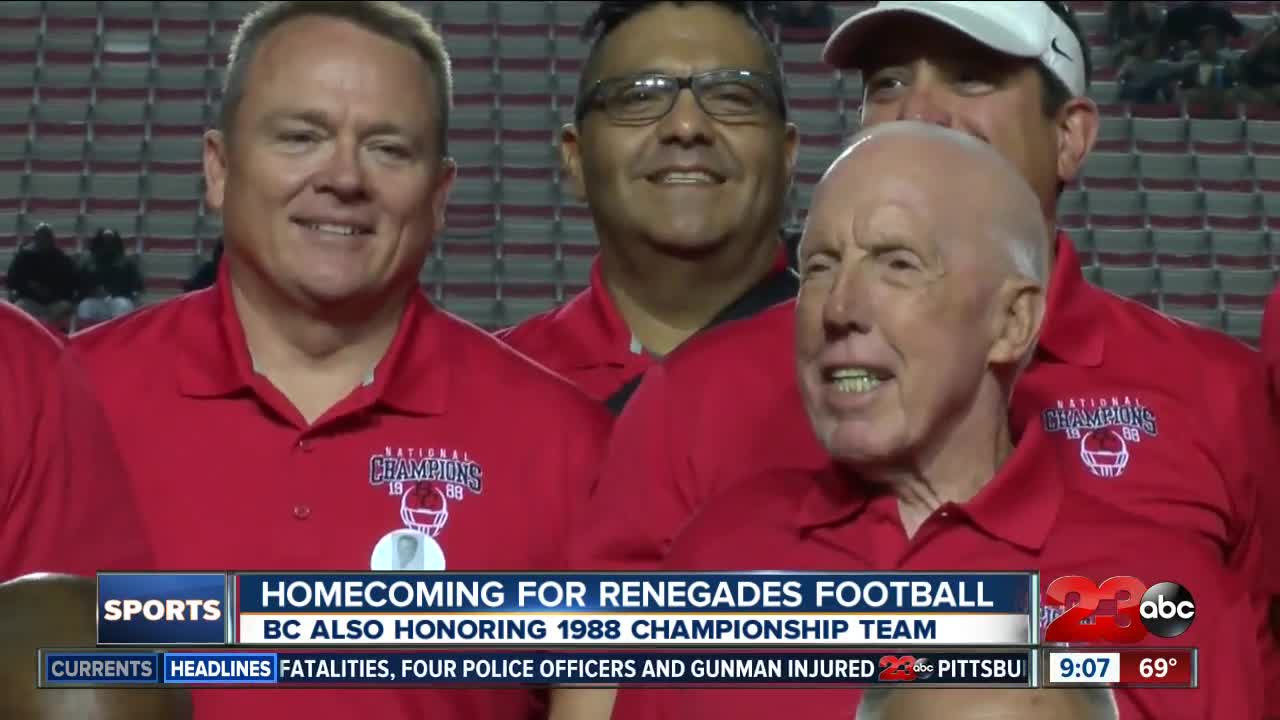 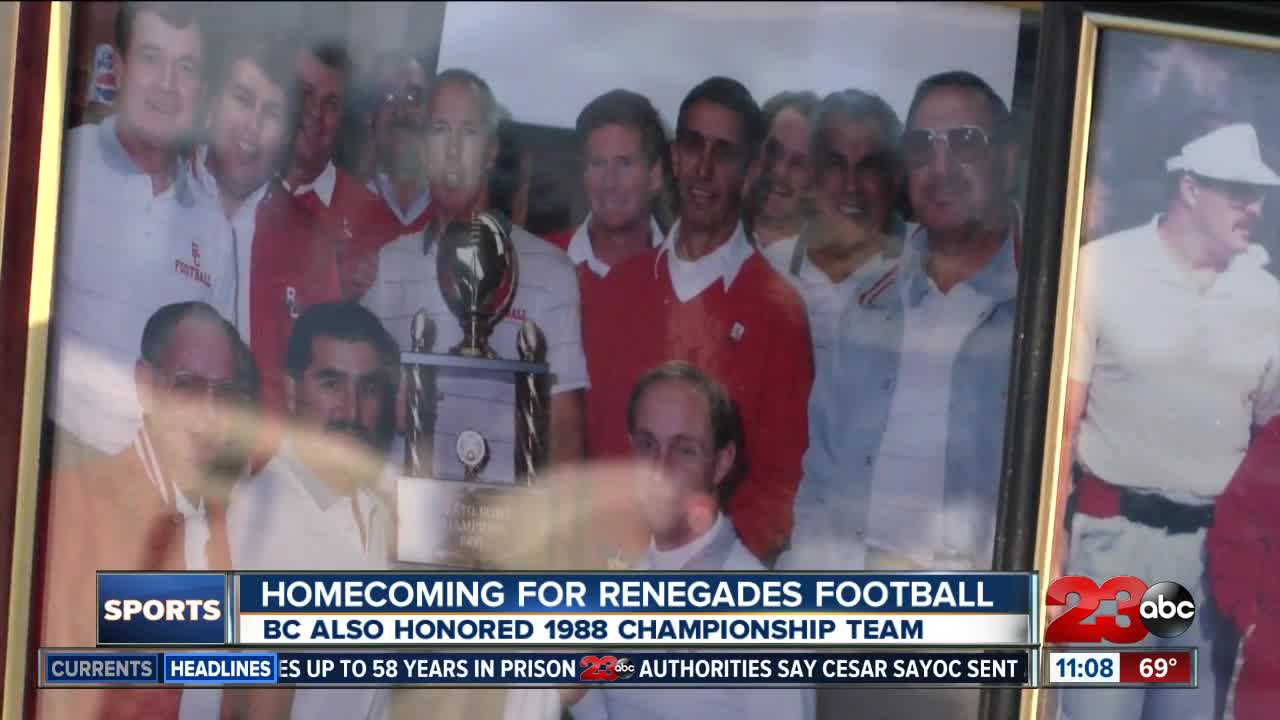 Players, coaches and staff from Bakersfield College's 1988 football team traveled from around the country to be at Memorial Stadium Saturday night for the Renegades' homecoming game.

And it wasn't just homecoming they celebrated, but the memories made at BC, 30 years ago.

"I think the part that makes it so special is, very few people are willing to sacrifice what it takes to play football, and very few people get to say at the end of the year that they went undefeated and won a national championship," said 1988 quarterback, Stan Greene.

The Renegades went 11-0 in 1988. They then defeated undefeated Fullerton College in the Potato Bowl at Memorial Stadium to become a national championship team.

28 of those players landed a scholarship after that 1988 season.

BC honored them during halftime and as their names were called, they walked back on to the field they won a national title on.

For Bowser, that moment came full circle for him.

“It’s big to me because I started out as a water boy for the Renegades. Then a player, then a coach and it means a lot to me," said Bowser. "love Bakersfield [and I] don’t plan on ever leaving. [I've] been here my whole life."

For many other players and coaches, they say it was a blessing to be a part of a team, that they now call their family.