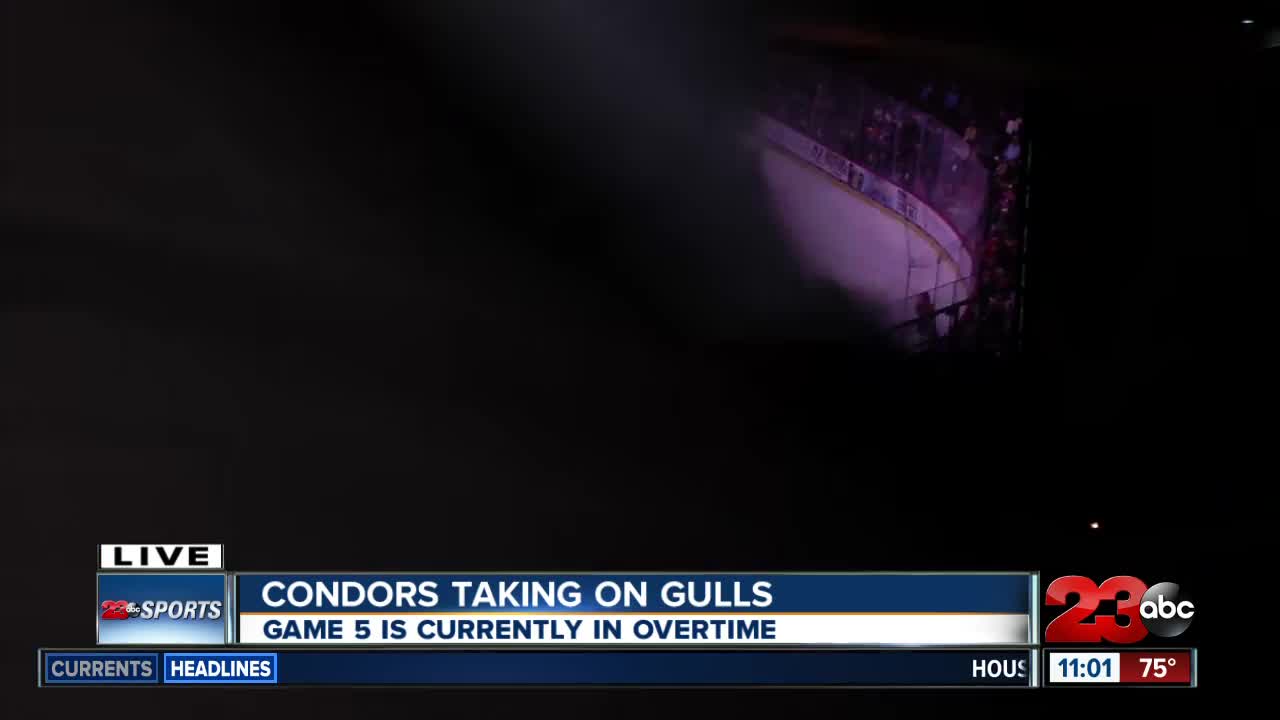 BAKERSFIELD, Calif. — The Bakersfield Condors won a must-win Game 5 on Saturday night against the San Diego Gulls in double overtime, 2-1.

Joe Gambardella scored first in the first period. The Gulls tied it up in the second, 1-1.

Both teams were scoreless in the third, sending the game into overtime for the third time in five games.

Josh Currie scored the final goal to force a Game 6 in double overtime with just under seven minutes.

The Bakersfield Condors will now travel to San Diego to face the Gulls on Monday. The game starts at seven. The Condors trail in the series, 3-2.