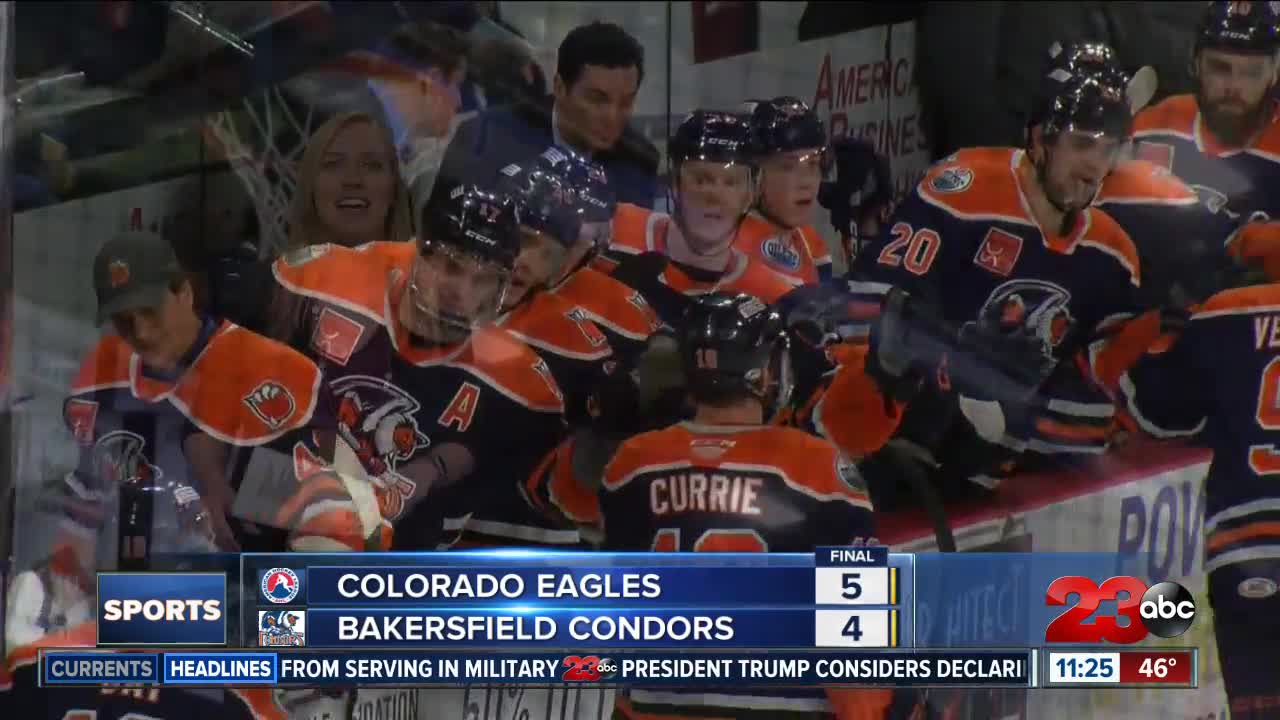 BAKERSFIELD, Ca. — Despite a high-shooting game from Bakersfield, the Condors still fell to the Colorado Eagles 5-4 on Friday night at Rabobank Arena.

The Condors and Eagles took turns scoring until the Eagles knocked in back-to-back goals in the second period, but RW David Gust brings their lead within one as a follow-up effort for a goal in his second-straight game. But the Eagles stayed ahead until the end to hand the Condors their second-straight loss at home.