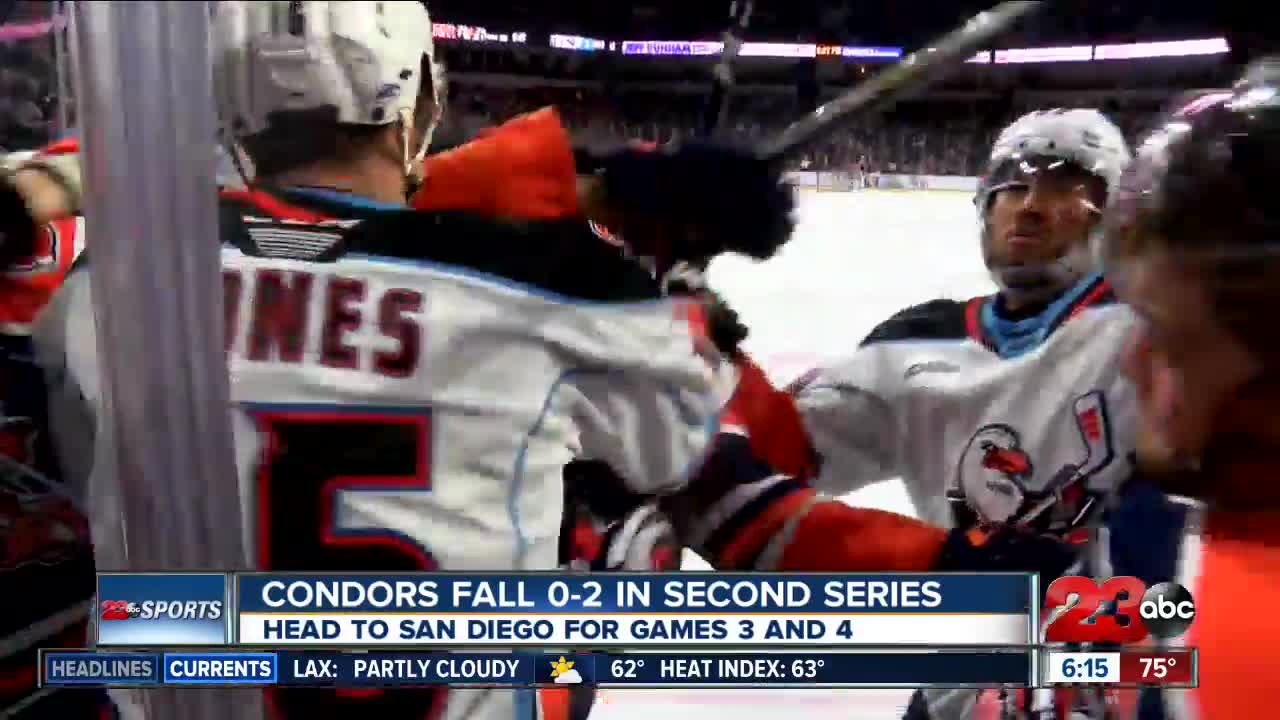 BAKERSFIELD, Calif. — The Condors are ready to battle in the third and fourth games of the Pacific Division Finals after falling 2-0 in the series against the San Diego Gulls.

Despite home ice advantage the Condors struggled to open the series on the right foot, losing 3-2 in Game 1 after four overtimes and then dropped Game 2, 4-1, and now they head to San Diego in search of forcing Game 5 back at home.

This series has already proven to be a competitive battle with a long history between these two teams and the similarities they have on the ice and Bakersfield is hungry to prove they deserve to extend their playoff run.

"Our focus is one game at a time," Condors head coach Jay Woodcroft said. "And, we proved all year that our structure gives us a chance and our structure has given us a good chance in these two games. We got to find those moments within these tight games that we end up on the right side."