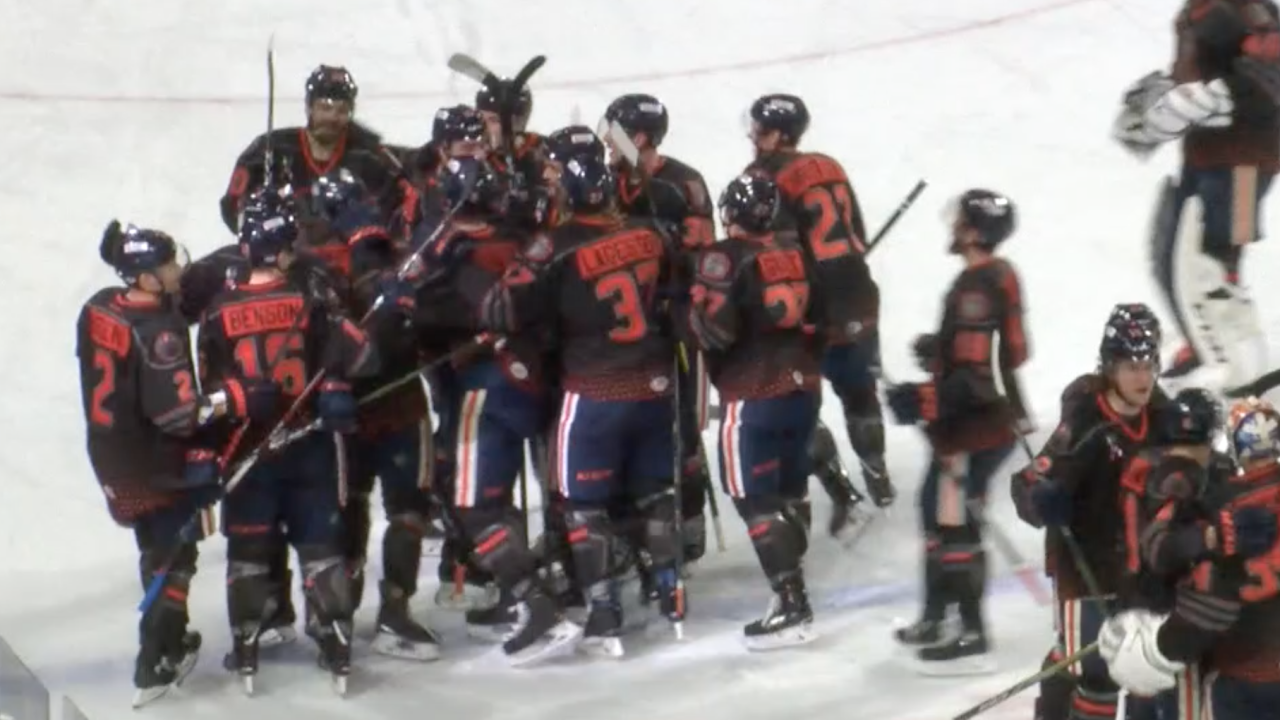 BAKERSFIELD, Calif. — The Bakersfield Condors won their 15th straight game of the season in overtime Saturday night against the Ontario Reign in front of a packed Rabobank Arena.

Over 7,000 fans were in attendance for the historic game. It was also Blackout Cancer night.

The Condors auctioned off their special "Blackout Cancer" jerseys Saturday night and say they raised more than $3,000 for the Kern County Cancer Fund.

The final goal was scored by Cooper Marody in overtime, defeating the Reign, 2-1.

The Condors are now the 7th team in AHL history to win 15 straight games.