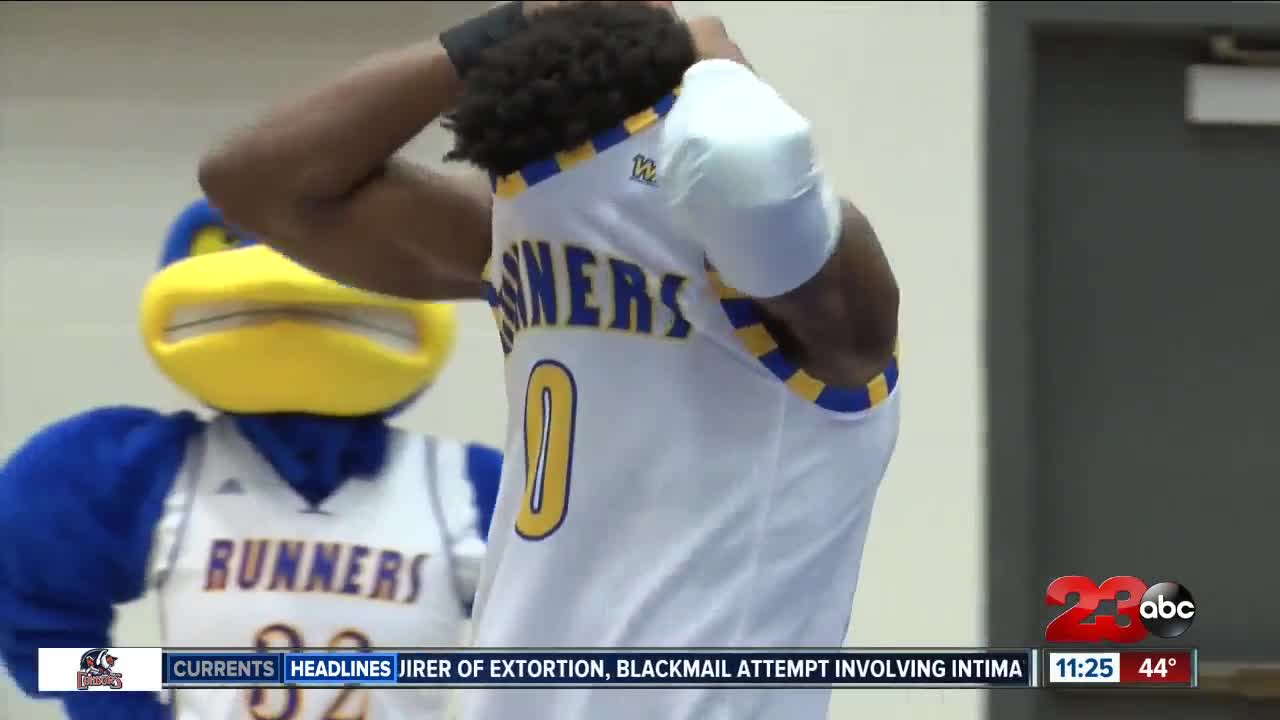 BAKERSFIELD, Ca. — The 'Runners rode a roller coaster of emotions throughout their Thursday night game against New Mexico State that ended in heartbreak. Jarkel Joiner hit a jumper with less than eight seconds left on the clock in overtime, but NMSU's Trevelin Queen found himself open behind the arc and sunk a three-pointer with no time left on the clock. The Aggies win 71-70 and put a dart in the 'Runners' hopes to move back into the top spot of the WAC.

The Aggies started hot but CSUB would pull within six points before the end of the first half. An effort led by sophomore guard Joiner, who finished with a team-high 25 points and he'd of course come up big in the second half, nearly giving his team the edge in overtime.

This was a familiar feeling for the 'Runner who saw the same thing happen to them at the hand of the Aggies three years ago, but the team turned things around to seek redemption in the WAC Tournament, securing their first NCAA tournament berth.

The team is now focusing on learning from this growing pain and keeping their sights set down the road to the WAC tournament in March.