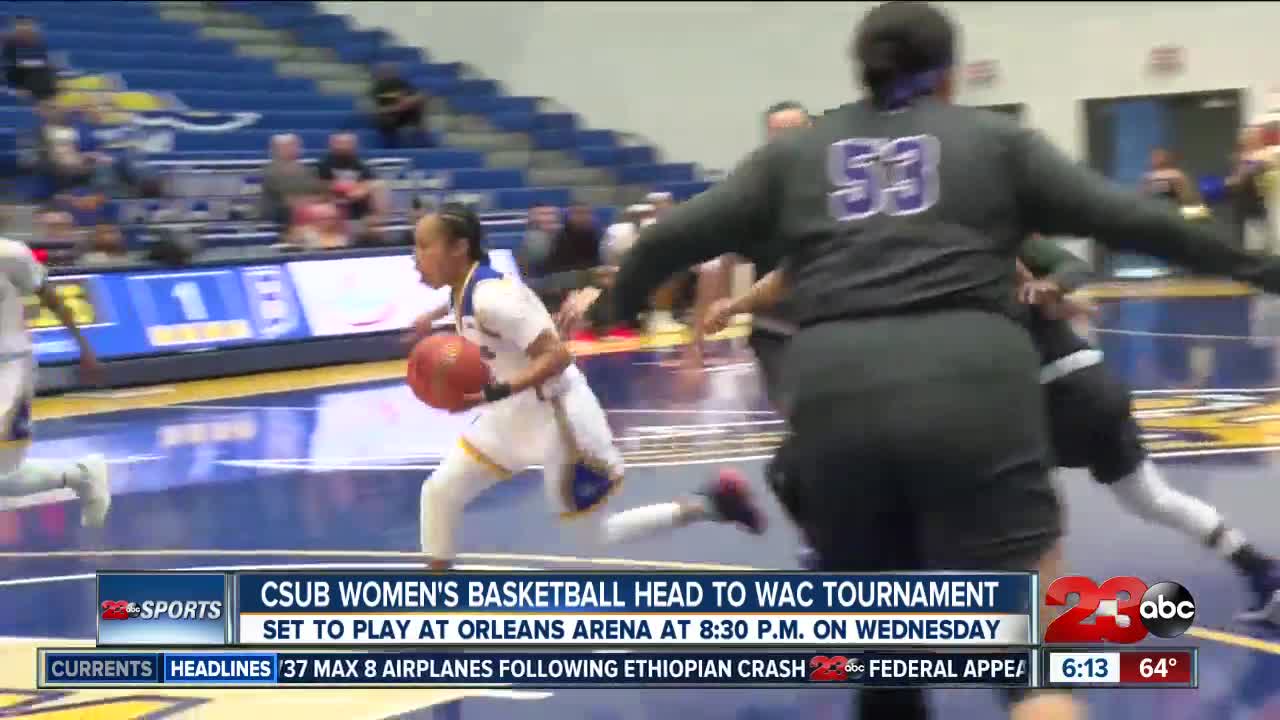 BAKERSFIELD, Calif. — The Cal State Bakersfield women's basketball team hopped on their bus Tuesday afternoon and are now heading to the WAC Tournament in Las Vegas.

“This is the time of the year where this is March Madness," said head coach Greg McCall. "[This is an] opportunity where you know, you continue to win, you advance, and if you lose you’re done. So you got to play your best basketball, you can not have an off-day."

The Roadrunners say they plan to make it to the final, just like they did last year.

"“There’s nothing like going to the WAC tournament and the atmosphere there," said Vanessa Austin. "So I’m really excited. Just last year we got a taste of getting to the championship and, you know, falling short, but I’m just excited to go back and do the same thing."

But, this time the 'Runners say are seeking that final win.

"“Last year, [Seattle U] did have experience because they went there before," said JJ Johnson. "So, I feel like we’re in that same boat with experience and knowing what it takes to go and win it."

The Roadrunners will face GCU in the first round on Wednesday night. And, although they defeated the Lopes their last two meetings, they expect a battle.

“We know they’re going to come out and play a lot harder," said McCall. "Like I said, this is the time of the year where teams play extremely hard and we have to come out and match that energy. We actually have to over match their energy. We have to go above and beyond of what we’re supposed to be able to do."

For the five seniors on the team, making a final run as a team together is most important.

“It means everything to me," said Alexxus Gilbert. "I don’t care about any individual accolades. I just want to get to that championship and bring it back home to my team."

The Roadrunners will face GCU at Orleans Arena in Las Vegas at 8:30 p.m. on Wednesday.