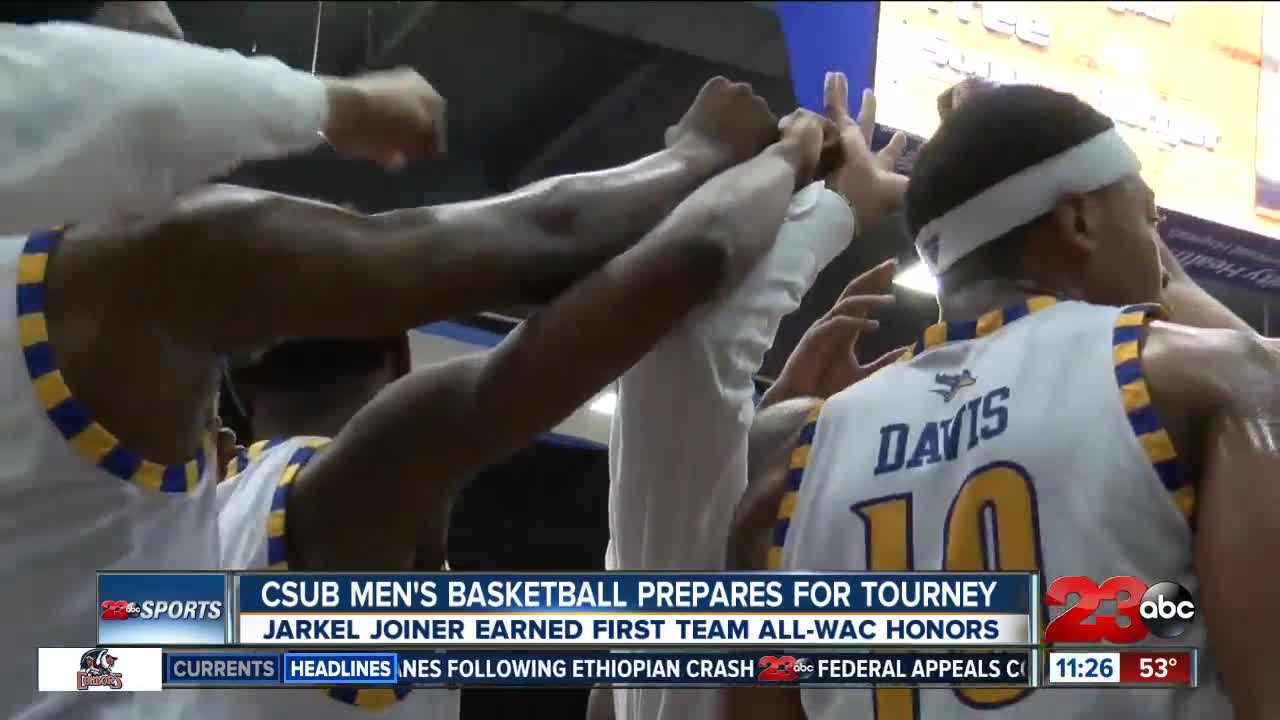 BAKERSFIELD, Calif. — A day before the CSUB 'Runners leave for the 2019 WAC Tournament, Coach Barnes broke the news that senior guard Damiyne Durham is officially off the team.

The decision to move on without Durham came after the 'Runners game at Seattle U game on Thursday, according to Barnes.

As the team moves on without the WAC record holder for 3-pointers made, CSUB will use offensive producer, Jarkel Joiner and fellow team members to step up in Durham's absence.

The sophomore guard, Joiner, was named first-team All-WAC on Tuesday. The leading scorer for the 'Runners is third in points per game (16.1) in the WAC.

The men hit the road on Wednesday for Vegas with their first game on Thursday at 2:30 p.m. against UTRGV.