Dodgers top Rockies 8-2, move back into 1st in NL West 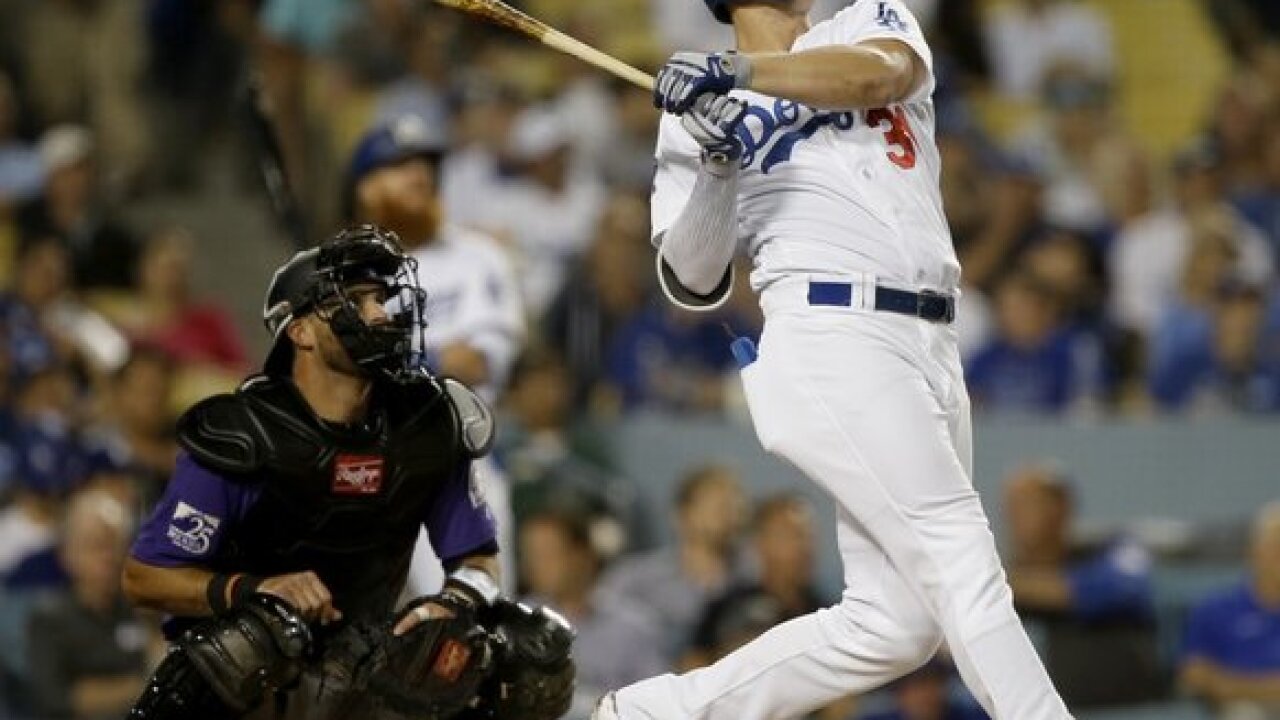 Joc Pederson hit two homers, Max Muncy added a three-run shot and the Los Angeles Dodgers moved back into first place in the NL West with an 8-2 victory over the Colorado Rockies on Monday night.

Dodgers starter Hyun-Jin Ryu (5-3) pitched seven scoreless innings, throwing 93 pitches to match a season high. He struck out five and didn’t walk a batter as he lowered his ERA to 2.21 over seven starts since returning from a strained left groin.

The Rockies entered this showdown series with a half-game lead on Los Angeles, but the teams switched places as the Dodgers unleashed the high-powered offense that helped them win three of four last weekend in St. Louis.

It was a rough night all-around for the Rockies, who not only dropped out of first place in the division but fell a half-game behind the Cardinals for the second NL wild card. They also lost slugger Trevor Story in the fourth inning with an undisclosed injury. The All-Star shortstop was injured on a swing against Ryu.

Story was checked by manager Bud Black and a trainer before leaving the game. Already this season, Story has become the first shortstop in major league history with at least 40 doubles, 30 home runs and 25 steals.

Pederson gave a sign of what was ahead when he led off the game for the Dodgers with a home run to the opposite field in left. It was his sixth leadoff homer this season and the ninth of his career. Muncy also scored in the first inning on a wild pitch by Jon Gray (11-8).

The Dodgers chased Gray in the third as the first five hitters reached base. Manny Machado had an RBI single in the inning that was followed by Muncy’s three-run drive, his 33rd homer of the season. Yasiel Puig’s single ended Gray’s night.

Pederson hit his second homer of the night in the fourth. His two-run shot into the seats in right field off reliever Harrison Musgrave was his 23rd of the season, and moved him three away from matching his career best set in his rookie year of 2015.

The Rockies broke through for their first run in the eighth against Dodgers left-hander Alex Wood on an RBI single from DJ LeMahieu. Wood, who was charged with two runs in the inning, was removed from the rotation last week.

Rockies: RHP Seunghwan Oh (tight left hamstring) was available out of the bullpen after not pitching since Sept. 9.