Findling light on the wrestling mat 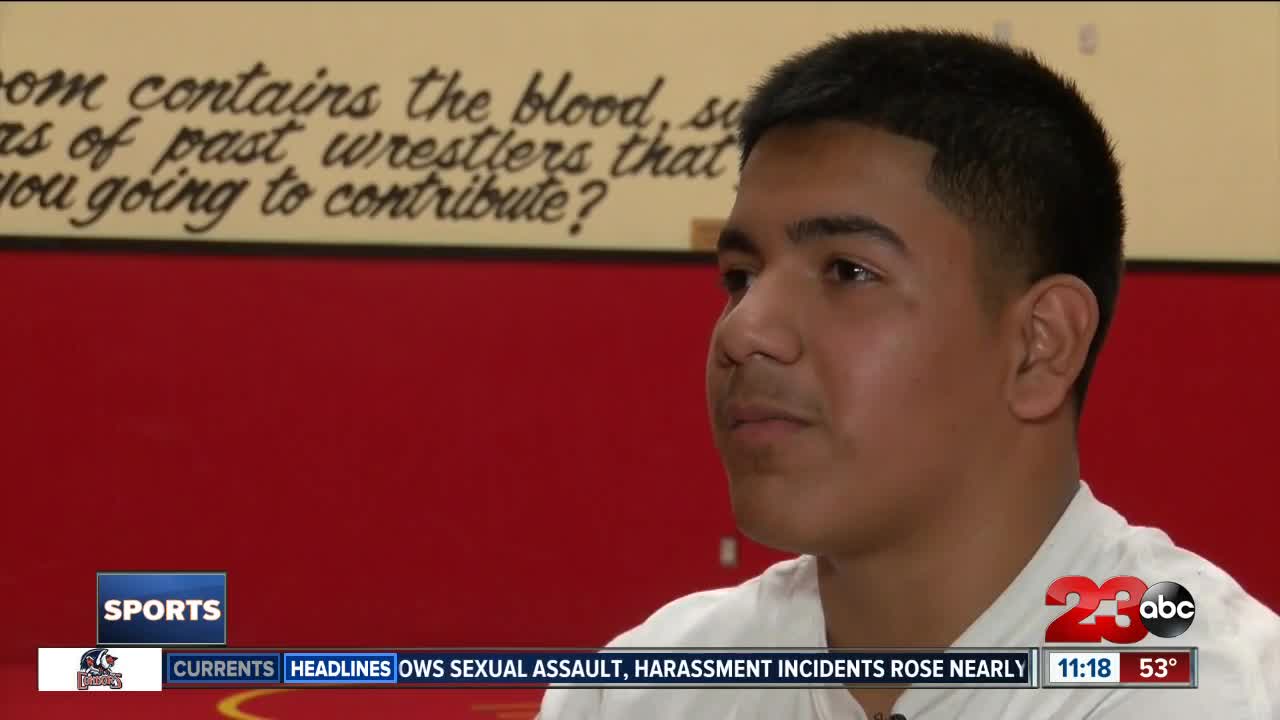 For many wrestlers, their battles begin and end on the mat. For Steven Melendez, his continues well off the mat.

Imagine waking up each day and not knowing if you can see what you were able to the day before.

"“It can be very disheartening to me, wanting to see something but not being able to see or distinguish what it is or what it looks like,” Melendez said.

For the Mira Monte student-athlete, he's been in that exact circumstance since a diagnosis of Retinitis Pigmentosa (RP) at eight years old.

“But I still keep my head high and stay positive," Melendez said.

The genetic disorder means his vision will slowly decrease over time until it could eventually lead to total blindness.

But sure enough, Melendez found his own light: sports.

“I don’t let that bring me down or say I can’t do it or discourage me because my vision is not the same as someone else’s. So, I use that like motivation, like, showing people that no matter what’s going on in your life, that I could still do anything, anyone else can.”

He proves that on the wrestling mats. A sport that already requires a lot from it's competitors says Mira Monte wrestling coach Efren Cisneros.

“It works for him because it’s more balance, counterweight, knowing how to move your body. It’s a reaction. You don’t always need to see it coming but you’re going to have to know how to react to something," Cisneros said.

And Steven's coach knows he has always had the right response on and off the mats.

“Can’t see too many grown men or grown people deal with that kind of situation like he’s dealing with it," Cisneros said.

“It’s hard not to like him. A lot of teachers, here also, say the same thing, he’s such a big personality, but he grows on you. Now I can’t picture my team without him.”

RP is a disorder that the Melendez family was used to as both of Steven's sisters also have it.

“I don’t think any parent wants to see their children in that circumstance," Melendez said. "

I always told myself if they can’t see I’m going to be there for them but now we’re all in the same boat, so we just got to help each other out.”

Whether for his family at home, his family on the mats or just for himself, Steven keeps fighting.

“It’s a very big challenge to explain to someone what I have because a lot of people don’t see me as a blind kid, they just see me as a regular person," Melendez said. "In reality they don’t see what I see.”

We may not see what Steven sees, but if we listen to him, we may be able to learn something.

“Not everything is going to come to you easy, there’s going to be a lot of obstacles and barriers in life, we just got to learn how to overcome them. I always tell myself if you take days off, you’re going to be no on in life.”