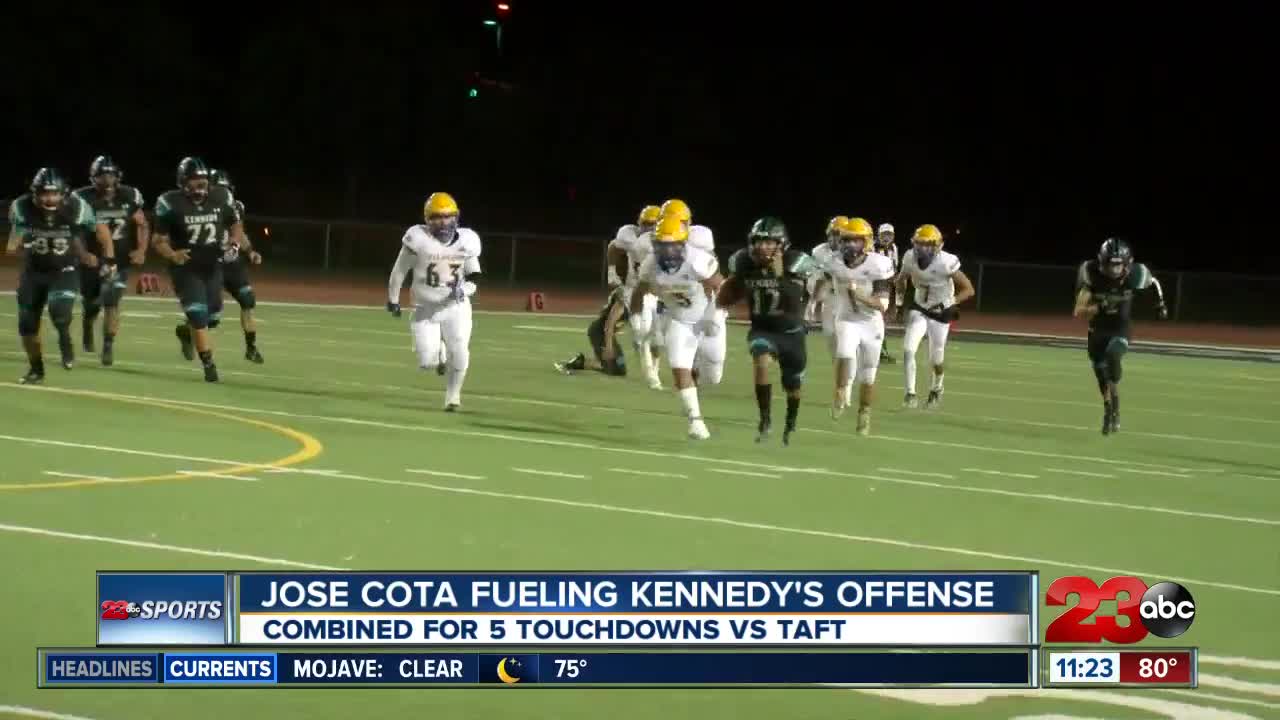 BAKERSFIELD, Calif. — The Kennedy Thunderbirds are having an offensive season for the ages. They've put up 262 points in just five games.

Those points are partly in thanks to their quarterback , Jose Cota. The senior had his best game of the season last Friday against Taft High School.

He ran for 192 yards and four touchdowns while throwing for 130 yards and another score. Cota is learning more and more about his team as their offense continues to produce.

"You know, it shows we can score when on like anybody and that we can score a lot," he said. "Whoever scores in front of us, we'll score on them."

Head coach Mario Millan has been coaching football for many years, and Cota's performance last Friday was something he hasn't seen in a long time.

"Considering he did it in one half, it was an amazing thing," Millan said. "I haven't seen a quarterback do that in a long time. I had a quarterback back in '05 when I was at BHS by the name of Philip Thomas who ended up with the Redskins."

Cota is having an impressive campaign, tallying up over 653 all-purpose yards and 10 touchdowns thus far. He is now prepping his team for a South Sequoia League showdown against Arvin this Friday.