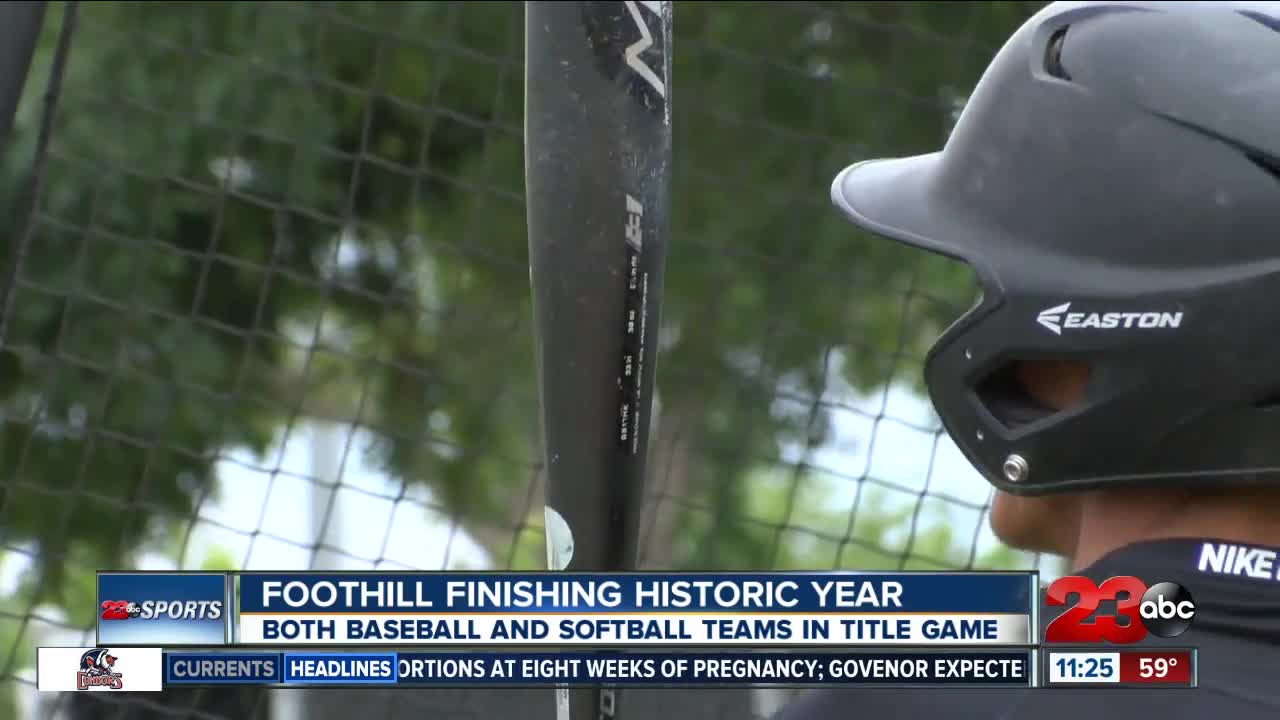 Boys basketball brought home a valley and state championship. Boys soccer, a valley title. And now, baseball and softball both made it to the program's first ever Central Section title games.

Winning has been contagious at Foothill this this most recent athletic year but it as still something new for the baseball team.

"We haven't really won many games, we've lost a lot a lot of games," senior Hector Bernal put it bluntly.

In the previous season, the Trojans only managed to win ten total games. A low that senior pitcher Cesar Del Gado witnessed from beginning to end.

"It's been a challenge for Foothill baseball, we may not be the most luxuriously team but we're really hard working," Del Gado said.

The 2019 Trojans have won 13 games so far, with one more left, and a valley championship to play for.

"It was really emotional to know that we're finally going to valley," Del Gado said.

"Since my first year, I wanted to get here, get to Valley and now we're here," Bernal said.

A goal the team had set before them when their new head coach, Wedel, knew he was taking over the program.

"It's really a dream come true. You know, you finally get that first coaching job, varsity baseball coaching job under your belt and you blink your eyes and you're like, 'oh my goodness, now I'm actually playing for a valley championship. You know, there are a lot of coaches that don't necessarily get those opportunity," Wedel said.

And he hasn't been alone in the turnaround on the diamond, as fellow first year head coach, Brook Charles led her team to the title game.

"Me and Brooke. the softball coach, just try to explain to these kids just give it your all and you never know what will happen. Buy into the process, believe in yourself, and let it see where it takes you and we are where every high school team dreams to be," Wedel said.

That goal started in the beginning of the season, is now right in front of this Foothill team as the team's four-year varsity player summed it up best:

And bring one more championship back to the hill.

After postponement due to weather, Foothill will take on Bishop Union on Wednesday at 2:00 p.m. at Bishop in the CIF Central Section Division Six final.