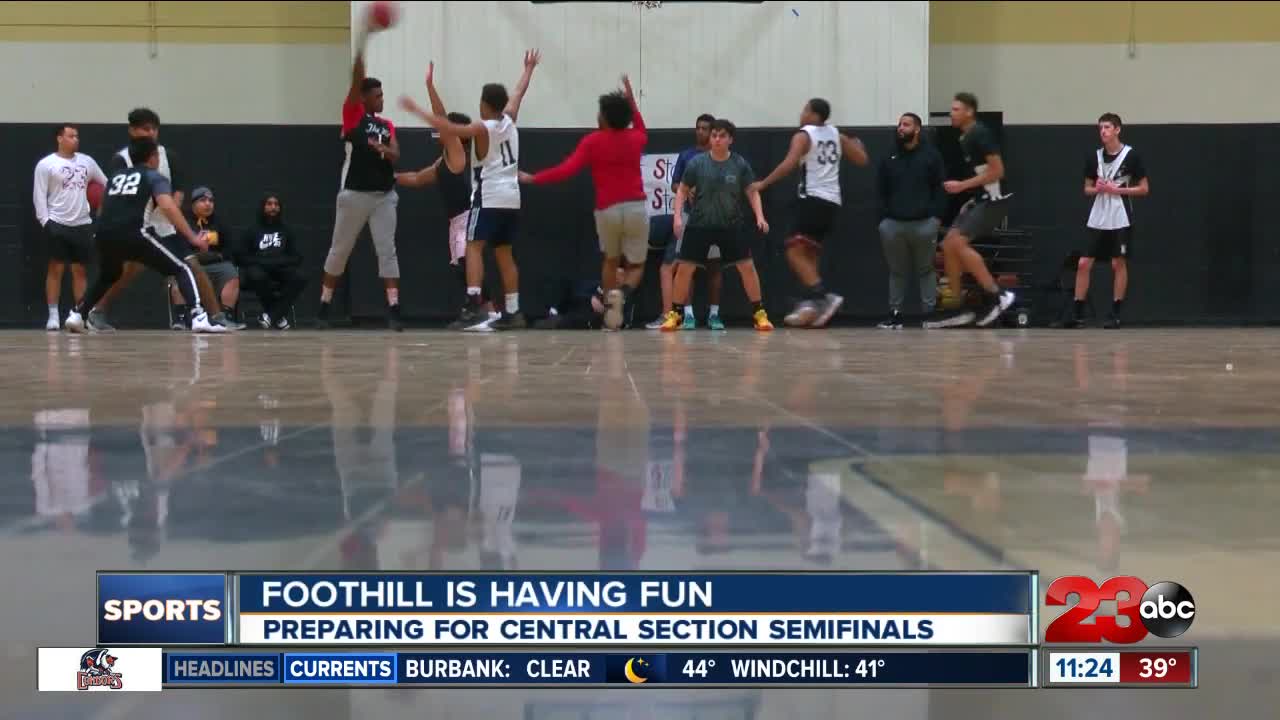 BAKERSFIELD, Ca. — The Foothill boys basketball team has had, in their eyes, an up and down season. But, this group of talented young players has stayed consistent in one area: their personality.

"I mean it’s a family,we always say the “F” in Foothill is for family, and we just always laugh and clown, that’s who we are," head coach Wesley Davis said.

I believe the "F" in Foothill stands for fun. That's exactly what this team has been doing since they rediscovered themselves midway during the season.

"It was a turning point in our season, me, starting with me, I was a little too serious maybe, and just kind of getting back to who we are as people," Davis said.

"Feel like at first we started off kind of slow, we were just trying to play for ourselves, but now as the season has progressed we just want to win and we came together and we’re just brothers," senior guard Cesar Valdez said.

That team chemistry along with some obvious talent earned the Trojans an 8-2 league record with an overall record of 17-11. But losing out on a chance at the Southeast Yosemite League title created a chip on their shoulder. A bit of motivation they are using on their current run at a valley title.

“This is probably the most athletic team in the state. And we have a lot to look forward to and it’s going to be a whole lot of fun in the playoffs,” sophomore guard Jaden Phillips said.

Phillips also added the message he'd like to share on behalf of his team for those who still don't believe in them:

" Stay where you've been the whole year. Period."

Basically, the Trojans are going to keep enjoying themselves in what they do and they don't need any new fans.

They hit the road on Wednesday to face Central Valley Christian in the CIF Central Section Division IV semifinals, playing for chance at the sectional championship.