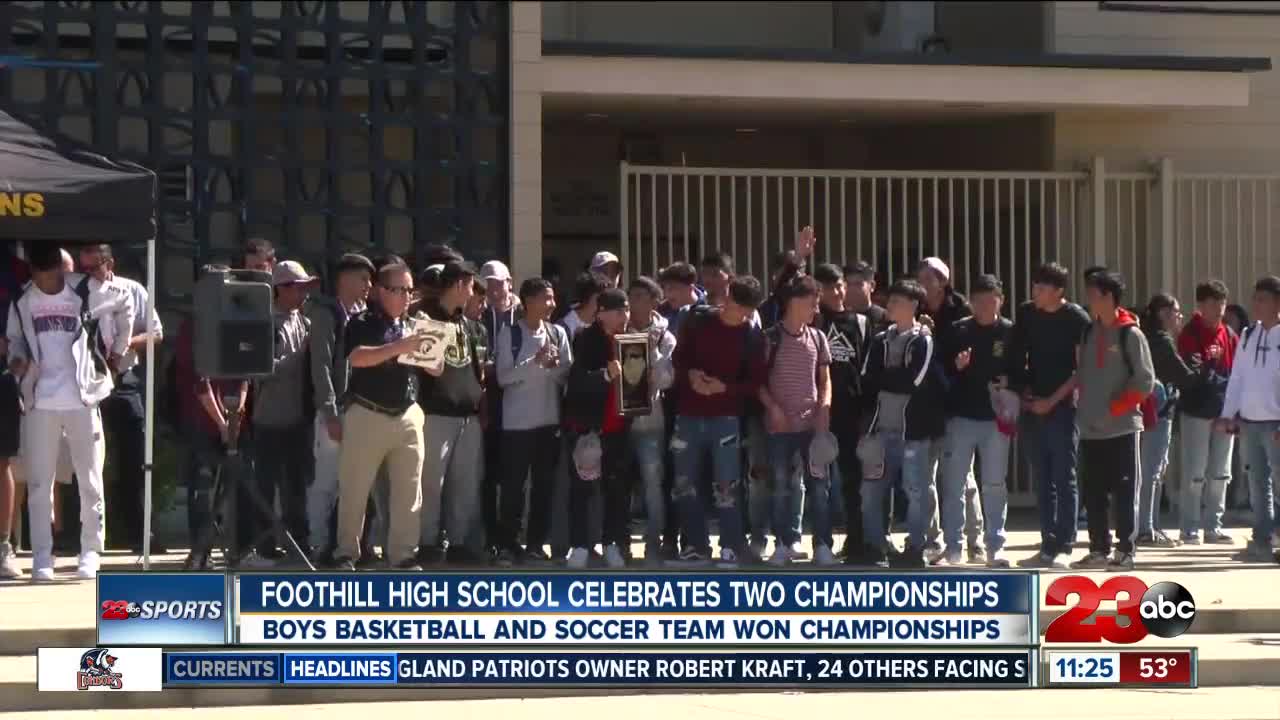 BAKERSFIELD, Calif. — Foothill High School held a rally Monday morning for the boy's basketball team and soccer team after they each won a Valley Championship over the weekend.

The soccer team battled in overtime for a 2-1 win over Mira Monte on Friday earning them their first Valley title.

And although those are huge accomplishments, both teams say they are now preparing for State Championships.

"Ultimately this was just our section championship," said Wesley Davis III, the head basketball coach. "We feel that we are talented enough to go far and make a deep state playoff run and that's what we want to do at this time. We're going to celebrate this until practice today and we're going to lock back in and get ready for our next opponent in the state playoffs and try to have another celebration."

State playoffs begin on Tuesday. The soccer team will host George Washington Prep at 4 p.m. while the basketball team faces Bassett at 7 p.m. at home.