Foothill one win away from the basketball program's second state title 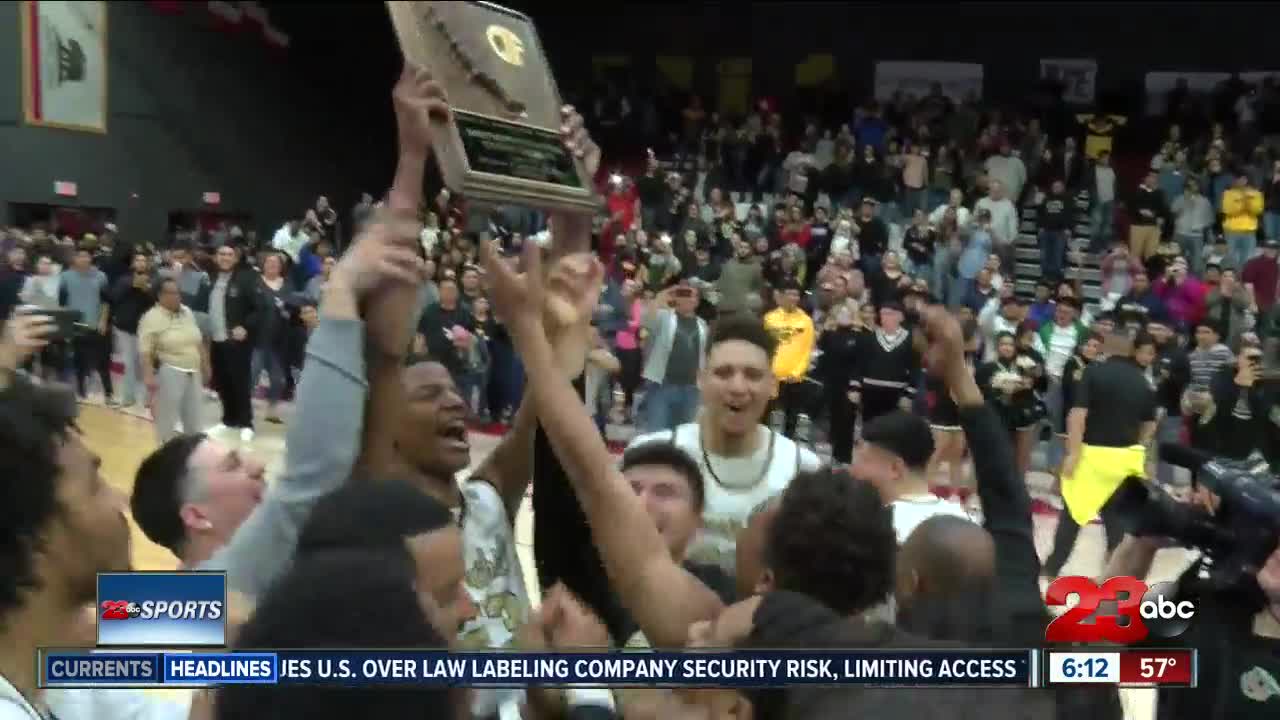 The last time the Trojans hung a state championship banner was 1988, and ever since Wesley Davis showed up at 'The Hill', four years ago, he's set his sights on hanging another. After defeating Southwest - San Diego 69-55 and clinching the CIF District V SoCal Regional championship on Tuesday night, his team is one win away from reaching that goal.

"For the last four years, we’ve been seeing it, so we want that. We want it to say 1988 and 2019 state champions. We want that, we need that, we gotta have it, we are going to go get it," Davis said with a smile on his face after the team's SoCal title celebration.

And a team full of talent has responded, despite a year of ups and downs.

"It’s just heart really, we’ve been putting in the work on and off the court, these are my brothers and we all have to stick together, play together, hopefully we’ll get that end result," senior forward Edward Turner said.

The journey to the state championship, although bumpy, has been a fun ride for the entire team. While this team has felt the pain of losing during the season, it's their next opponent who may be the biggest challenge. As the No. 1 seed out of the Northern California bracket, Mt. Shasta has only lost once this year, but the Trojans won't let that stat deter them from their ultimate goal.

"Hungry, I think that’s an understatement, we’ve been starving for this," is how Turner described the team's motivation to claim the state title.

For the team that’s been winning since January 30, it will just take one more.

"The older people in front of us set the way, we just paved the way, we’re trying to be legendary. The goal on Friday is to come back and rejoice, you know what I’m saying, have fun with it," sophomore guard Jaden Phillips said.

And we can expect that Foothill will be doing just that at the Golden 1 Center on Friday; enjoying their final game together. Tip-off for the CIF Division V State Final is set for noon.