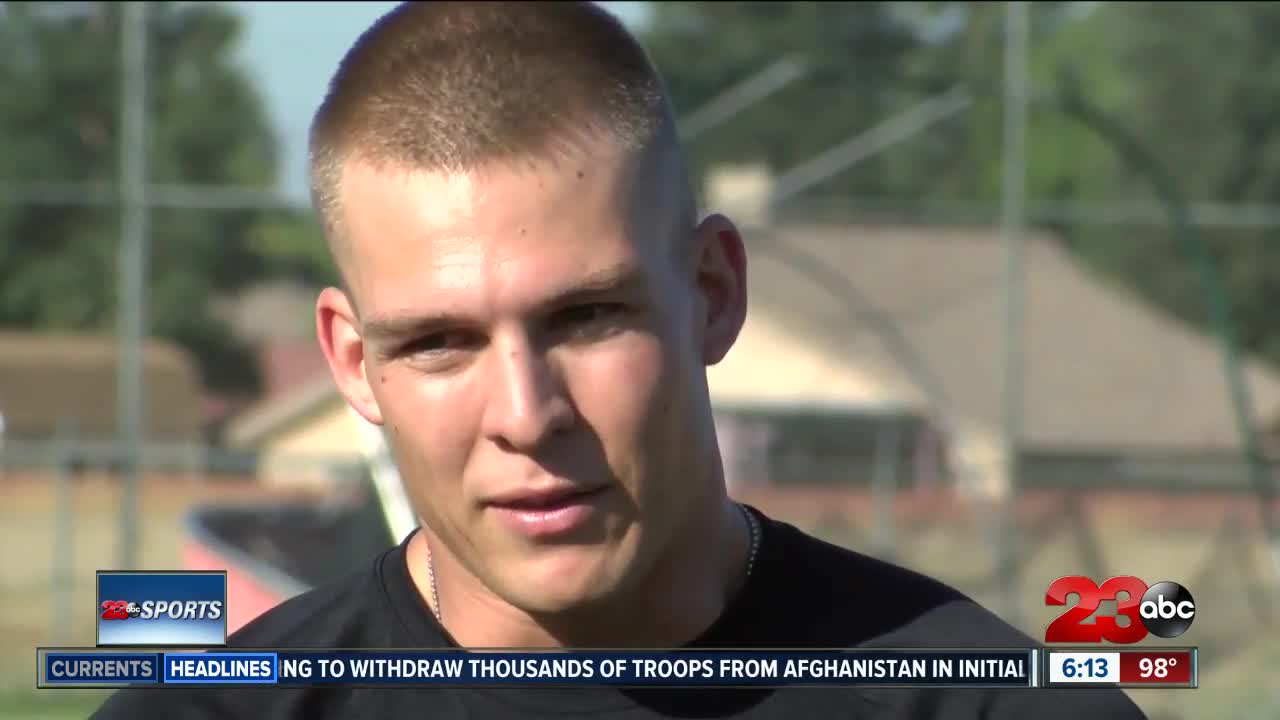 BAKERSFIELD, Calif. — Centennial is beginning a new golden era for the Golden Hawks football team under new head coach Richard Starrett. And on Thursday, the G-Hawks former quarterback, Andrew Hansen returned to the field to share some motivation with the current team.

After time playing ball in college, Hansen traded his jersey for a military uniform enlisting in the United States Marine Corp. And he talked with the team about what it takes to join the military while putting it on display, having the players run through a mini boot camp.

During Hansen’s years as a starting quarterback, the former gunslinger helped build a legacy for G-Hawk football as the last QB to lead his team to a playoff win and he shared some of that insight on with it means to be a Centennial football player.

“I've been around this program since I was a ball boy, since I was a little kid,” Hansen reflected. “As long as I can remember we've just had the meanest, toughest dudes on the field that's what I kind of wanted emulate, tell these guys to keep it going."

Following a sports career that took him to the baseball fields at Cal State Bakersfield and a stint with the Bakersfield College football program, Hansen made the decision to dedicate his life to service, saying he was drawn to history of the Marines.

“All the battles won that they've done throughout history, just wanted to be a part of that. And wanted to be part of a group of men that had the same goal,” Hansen said.

Hansen left an impact on Centennial’s football field and will soon leave a legacy for his country, saying he’ll go where the Marines need him following eight weeks of combat training.